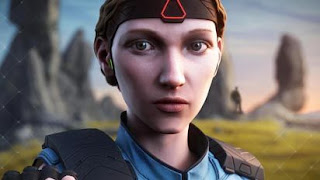 With Ready Player One hitting the cinemas this week, Channel 4 is very much on Virtual World topic with their new drama series Kiss Me First. Read an interview with the writer and show-runner Bryan Elsley...

Based on Lottie Moggach's debut novel, Kiss Me First moves between the real and virtual animated worlds. When Leila (Tallulah Haddon, Taboo, The Living and the Dead) stumbles across Red Pill, a secret paradise, hidden on the edges of her favourite game, she meets Tess (Simona Brown, The Night Manager). Tess is everything that Leila is not: hedonistic, impulsive and insatiable. So when Tess turns up in Leila's real life uninvited, Leila's world is forever changed. But then a member of the group mysteriously disappears and Leila begins to suspect that maybe the hidden sanctuary isn't the digital Eden its creator Adrian claims it to be. Now, Leila's real journey begins.


Here's the interview with Bryan Elsley, writer and exec producer

Describe your new series – what’s Kiss Me First about?

It’s the story of two friends who meet each other on the internet, and one of them gradually becomes aware that a cult is secretly in operation, in the deep background, hidden in a corner of a computer game. So Leila, who is the heroine, takes it upon herself to crush and defeat the cult leader, who is this mysterious character, Adrian. But not before she’s been on a journey of growth and empowerment that binds her ever closer to her new friend, Tess.

It’s based on the book by Lottie Moggach – how did you end up coming across it?

Melanie Stokes approached me at a television festival in Galway, Ireland, and pitched the book to me. I read the book, which is an extremely good book, and that prompted quite a long conversation with Melanie about how that book could be turned into a television drama, because it’s not an easy adaptation. In fact, the adaptation is quite free against the novel , although it does preserve a lot of the tone and atmosphere and characters of the novel. In fact, Lottie Moggach herself is extremely happy with it.

What was it that appealed to you about the project?

I think that the book has a very assured young adult tone to it. I like the complexity of the central character, who I thought Lottie had written extremely well. And there’s a certain disobedience and lack of conformity to the book, which I admired. I’m a writer, and so sometimes that’s enough for me top just hop on. Although I haven’t actually adapted a book for 20 years – it’s the first time I’ve done it since The Crow Road, the Iain Banks novel, back in the day. There must have been something about this book that really drew me to it.

Much of the series takes place in virtual reality – what was the experience like of creating that world, and how involved were you in the look and feel of it?

I was very involved. Of course there was a bit of a vertical learning curve to go on until I was able to understand what the hell they were doing. That was actually a very enjoyable journey to go on, and I was able to find a way of working with the animation studio, so that the vision is a shared vision. It’s myself, and Mel, and Kan Muftic, the animation director. In a way, the process was a coming together of minds, and we’re all pretty happy with the results. 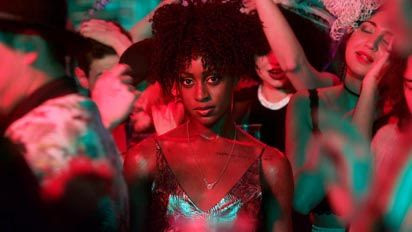 How involved are you after the scripts are delivered? Were you involved in the casting process? Are you on set every day?

I guess I’m what people call a showrunner, which means I am basically over every aspect of the show, from scriptwriting to production to pre-production, I’m around a lot in post-production, music… I just work very directly with everyone in those processes, so if the show is rubbish, it’s basically all down to me.

The process must be so varied, from working alone on the script to being surrounded by a large team on set, to working in a darkened room on post-production. Is there a part of the process you enjoy the most?

I do really enjoy the whole thing. The bit of the job I don’t like is the bit that nobody likes, which is the uncertainty that comes before a green light. All of this agony of waiting and decision-making by the network, which has to be gone into in great depth, and is an inevitable part of it. But that part, the uncertainty, is probably the thing that looms largest in the minds of not just writers but also producers and everyone involved in the development of a production. It’s just a fact of life.

Among the themes of the series are those of identity and social media and gaming. Are you a gamer yourself, or a prolific social media user?

‘No’ is the answer to both those questions. I’m on Facebook, and that’s it. I don’t play computer games very much, if at all. But I had a writers’ room, with other writers working on the show with me, some of whom had careers as writers for computer games, and writers who spend half their life playing computer games. So I guess I was tapping into that experience. So somehow I feel like I know quite a lot about it now. But personally, no, I’m not a gamer, although now I’ve looked into it all a bit more, I really do admire the work that goes into computer games. They are hugely popular, and yet somehow culturally neglected. A lot of the work that happens in that area is stunning. We could learn from that.

Do you see these technological advances in gaming and social media as fundamentally changing the way the younger generation is growing up?

Yes and no. One interesting corollary of all this is that the show has taken about four years to bring to life. At the start of those four years, I was positing a near future technology. I was imagining a present day world with slightly advanced technology. And in the four years it has taken to bring the show to the screen that technology has caught up. The things that I described in the show are pretty much out there right now. That gives you a sense of how fast the arena is moving. As for social media – it’s very interesting, because I went to a lot of schools at the start of this process, to talk to young people, and when I asked them about their interaction with social media, they looked a little bit confused, because social media is so heavily integrated into their lives they just don’t think of it as social media. They just think about it as the way they go through the world communicating with their friends. It’s middle aged people who use the words ‘social media’. To us it’s something new and special. To young people, it’s just like using a spoon. It’s just something that you do. 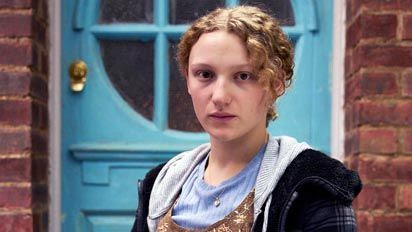 Your characters are very isolated – is that something that the virtual world helps, or exacerbates?

I actually don’t think it changes anything. I think that loneliness and isolation and alienation are a big part of growing up. And I think loneliness isn’t spoken about nearly enough, and is little understood in a world where everyone seems so connected and everything is so immediate, and it’s so easy to talk to people. I don’t think that that necessarily changes the fact that young people – and indeed older people – don’t know where to put themselves in the world. And that is something that I’m very happy to write about.

Your work, both with this and Skins, is of particular appeal to young adults. Why is that an audience you like to write for?

I’m not entirely sure. Before Skins I’d never written for a young audience. I think that possibly the reason is that there’s a little more scope and latitude in that area at the moment. There’s quite a wide streak of conservatism that runs across mainstream drama at the moment – I think that Channel 4 is a notable exception to that, because I think it’s really doing some very challenging work – but in the wider scope of things, mainstream television drama is quite constrained in its subject matter these days, in a way that young adult drama isn’t. So I guess maybe I find a little bit more freedom and wiggle room inside that area.

How do you manage to stay up to date with what your audience is in to, and what they’re up to?

Because the people around me – and I guess this has gone on now for over a decade – are frighteningly young. The collaborators who worked with me on the show are very directly connected back into that world. And that’s not just writers, its directors, composers, and so on, I know very little about the current music scene, but I rely very heavily on people that know a lot. And the same goes for the gaming environment, virtual reality, social media. What it’s about is giving young, emerging, professional television people a voice, and trusting them a little bit. It’s as simple as that, really.