Book – The Target Doctor Who Collection

With the new collection of Doctor Who novels from Target out now, we asked our Doctor Who expert Tony Cross to take a look at them and record his thoughts... 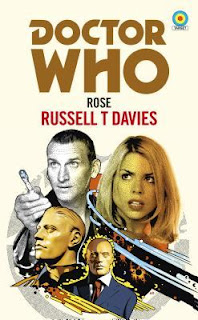 “Nice to meet you, Rose. Run for your life!”

In a lair somewhere beneath central London, a malevolent alien intelligence is plotting the end of humanity. Shop window dummies that can move – and kill – are taking up key positions, ready to strike.

Rose Tyler, an ordinary Londoner, is working her shift in a department store, unaware that this is the most important day of her life. She’s about to meet the only man who understands the true nature of the threat facing Earth, a stranger who will open her eyes to all the wonder and terror of the universe – a traveller in time and space known as the Doctor.

Oh, I so hope this is the first of a Target Collection of all New Doctor Who. It's a fantastic novelisation that fleshes out characters and plot elements from the original episode. I'm going to keep this short because it is late and I'm tired, but I'd love this book for Chapter 6 - Life at No. 90 on its own. Great work RTD. And hopefully, more to come. 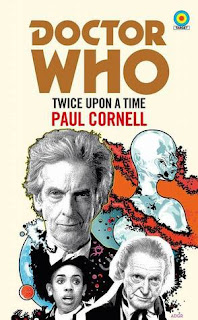 Doctor Who: Twice Upon a Time by Paul Cornell.

Still reeling from his encounter with the Cybermen, the First Doctor stumbles through the bitter Antarctic wind, resisting the approaching regeneration with all his strength. But as he fights his way through the snowdrifts, he comes across the familiar shape of a blue police box, and a mysterious figure who introduces himself as the Doctor…

Thrown together at their most vulnerable moments, the two Doctors must discover why the snowflakes are suspended in the sky, why a First World War Captain has been lifted from his time stream moments before his death, and who is the mysterious Glass Woman who knows their true name. The Doctor is reunited with Bill, but is she all she seems? And can he hold out against the coming regeneration?

Another enjoyable read. Cornell's approach was slightly different to RTDs in that he seems to have tried to make it a homage (as opposed to a pastiche) of an old-school Target novelisation. It feels like it might - with the odd difference here and there - have been written by Terrance Dicks on a good day, which is as big a compliment as I can give it really.

One small quibble is the repetitive joke about justifying name calling by name-dropping a celebrity and their meeting with the Doctor. I know that's a purely personal thing and it is so minor I almost feel guilty for mentioning it. But I've done it now.

So, ignore my quibble and give this a read. 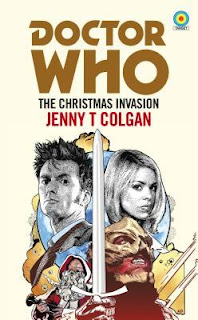 Doctor Who: The Christmas Invasion by Jenny Colgan.

Earth is under attack by power-hungry aliens. This is no time for the Doctor to be out of action.

When a British space probe is intercepted by a sinister alien vessel on the eve of Christmas, it marks the beginning of an audacious invasion of the Earth by the Sycorax – horrifying marauders from beyond the stars. Within hours, a third of humanity stands on the brink of death with not a single shot fired.

Our planet needs a champion – but the Doctor is not fit for service. He’s just regenerated, delirious in a new body and a dressing gown. Forced into his battered shoes is his friend, Rose Tyler, a girl from a London council estate. Will she save the world from this nightmare before Christmas – or see it destroyed?

I've been impressed with all these 'New Who' Target novelisations (and I'm about to start Steven Moffat's 'The Day of the Doctor') so far. I notice though that those not written by their TV writers - this one and Paul Cornell's 'Twice Upon A Time' - feel more Terrance Dicks novelising other people's scripts than they feel like the later Sylvester McCoy era ones, which were often used by their TV writers to add additional depth to the story - see Ben Aaronovitch's 'Remembrance of The Daleks' or Ian Briggs's 'Curse of Fenric' as examples. That isn't a criticism btw. Terrance Dicks was the master of turning a Doctor Who episode into a rattling good read and that's what Colgan's done here.

Having said all that, the book does give us an interesting insight into Rose's response to The Doctor's regeneration. And once again makes me feel sorry for Mickey. I do find it hard to like Rose occasionally - see 'Tooth & Claw' for how horrible she & The Doctor can be together - but in this book, she's the central character. As she was in the TV version.

Anyway, I'm waffling. This is good. Have a read. 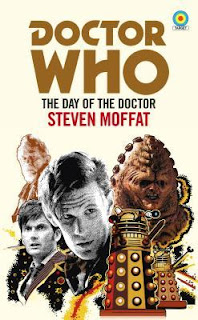 Doctor Who: The Day of the Doctor by Steven Moffat.

When the entire universe is at stake, three different Doctors will unite to save it.

The Tenth Doctor is hunting shape-shifting Zygons in Elizabethan England. The Eleventh is investigating a rift in space-time in the present day. And one other – the man they used to be but never speak of – is fighting the Daleks in the darkest days of the Time War. Driven by demons and despair, this battle-scarred Doctor is set to take a devastating decision that will threaten the survival of the entire universe… a decision that not even a Time Lord can take alone.

On this day, the Doctor’s different incarnations will come together to save the Earth… to save the universe… and to save his soul.

This is a superb novelisation. It manages to tell the story of the television episode with style, wit and a no lack of skill. Steven Moffat does a stonkingly good job of telling the story from multiple points of view making you understand the timey-wimey stuff. For example, when we get the account of the Doctor's trip to the Tower from the point of view of all three versions of the Doctor. We get an idea of what it is like to be a time traveller.

He also does a fine job of telling Osgood's (or the Osgoods as they will be) story. And there's a fantastic set of Peter Cushing jokes.

It's packed full of good stuff some of which didn't make it into the television version and some of which did. I can't recommend it enough. It's the best of the new Target novelisations I think, although RTD's Rose comes pretty darn close. But all of them are worth reading.

I'm not going to add 'The City of Death' review because I understand it is an abridged version of the original novel, which I read when it came out and I don't see the point of re-reading a diet version of that book. [I'm a Doctor Who fan. I had to be grumpy about something.]