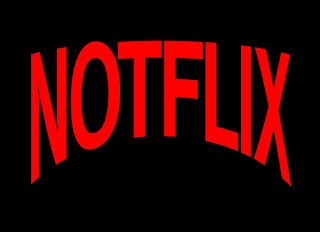 Yesterday was 1st April. In completely unrelated news, Seth Rogen has signed over his soul to Netflix, according to news released yesterday. Read the official press release from Netflix and watch the video announcement...

Editor's Note: Yes we know it's bad luck to carry an April Fool's joke on after midday on April 1st. But they said these exact words on the Internet so it must be true... isn't it?

World-renowned Canadian person, prolific marijuana-doer, and winner of the 2015 MTV Movie Award for “Best Kiss” Seth Q. Rogen has entered into a lifetime deal to transfer full ownership of his personal autonomy to Netflix, Inc.

“I have known Seth for many years” said senior Netflix Development Executive Jareth Chumley. “After a wrap party in late 2017, Seth approached me and said something like ‘Jesus Fucking Christ Jarbear, I would sell my soul for a fuckin enchilada right now.’ And so basically that was how the idea was born. In the end we settled on a price a little higher than a standard Chili’s To-Go entree, but I’ll be damned, not by that much.”

Seth Rogen’s Hilarity for Charity is the first project where Netflix was able to successfully extract comedy directly from the actor’s mind. It will stream April 6. While the remaining projects Rogen will be participating in have not yet been finalized, Netflix is considering a live-action Shrek remake, starring Rogen as both the titular character, as well as that character’s love interest Fiona. There will also be other tasks considered, including some off-camera roles such as “executive foot massager” and “Quentin’s back waxer”. “The world really is our oyster here,” said Netflix Chief Operations Officer Karen Shartwell. “There really isn’t anything on earth that we can’t make him do.”

Rogen was first discovered by acclaimed producer and director Judd Apatow for his television series Freaks and Geeks, an interaction Seth insists he does not remember. He is also the winner of many, many awards, such as the MTV Movie Award for “Best Jawdropper,” and has been nominated for even more, including a 2008 Blimp Award, a 2009 Teen Choice Award for “Worst Beard”, and a bunch of Canadian Awards that aren’t on the web yet because of Canada’s well-publicized internet shortage. He is often lauded in Hollywood circles for his fancy “Blunts and Jizz Jokes” cocktail parties, and is regularly featured on the popular website “Twitter.”

Rogen is, as he puts it, “a bigtime supporter” of charities. In addition to his actually great work with the annual Hilarity for Charity variety show, he is also known for founding such groundbreaking organizations such as “Fingers 4 Hope”, which collects uneaten chicken fingers from local restaurants, and “Seth’s Place,” which serves milk in bags to Canadians having trouble acclimating to American culture.

Netflix is the world's leading internet entertainment service with just a whole bunch of members in over 190 countries “enjoying” more than 140 million hours of TV shows and movies per day, including original series, documentaries and feature films. Members can watch as much as they want, anytime, anywhere, on nearly any internet-connected screen. Members can allow their precious, limited time on earth to pass them by while re-watching The Office for the 800th time – all with the ability to play, pause and resume watching without commercials or commitments. Also we have DVDs still.

Looking for something to watch on Netflix? Check out Seth’s picks: