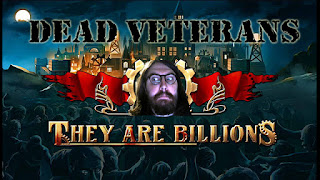 There's slow snipers, pathetic records (26) and a LOT more wood in Part 4 of Defective Inspector's Let's Play video for They are Billions...

"That may have been darker than I intended"

They Are Billions is a Steampunk strategy game set on a post-apocalyptic planet. Build and defend colonies to survive against the billions of the infected that seek to annihilate the few remaining living humans. Can humanity survive after the zombie apocalypse?

This time the Defective Inspector doesn't know what to do because he expected to die. We all have our little problems.


Find They Are Billions on Steam