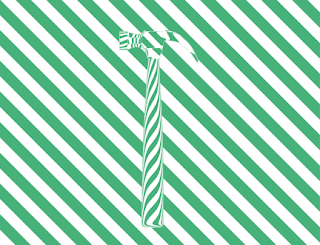 The Programme for this year's Edinburgh International Book Festival has been announced...

In its 2018 Programme, the Edinburgh International Book Festival calls upon its authors, participants and audiences to consider the importance of freedom in a world where democracy and capitalism, long the staples of western society, are being brought into question. Free speech, freedom of movement, freedom of expression and freedom of identity will all be discussed in a diverse and wide-ranging programme of talks, debates, workshops and readings taking place in Charlotte Square Gardens and in George Street in August.

In a major initiative, supported by the Scottish Government’s Edinburgh Festivals Expo Fund through Creative Scotland, the Book Festival has commissioned 52 authors from 25 countries (including 13 from Scotland) to write essays exploring ideas about freedom. The Freedom Papers examine LGBTQ+, race, religion, immigration, disability, education and technology, some are polemic, some are fictional narratives, some are poems and two are illustrations. Many of the commissioned authors will be appearing at the Book Festival including Hawa Jande Golakai from Liberia, Iraqi writer Shahad Al Rawi, Australian Bruce Pascoe, Yaba Badoe from Ghana and Scotland’s own Aminatta Forna. Five of the essays have been commissioned by the Year of Young People Co-Programmers and include texts from Paralympian Ade Adepitan, Cat Clarke and the young Jordanian writer Joud Al-Mabaydin. The Freedom Papers will be published in a special supplement to Gutter magazine in July and provide rich material for a series of debates in August.

“The Book Festival in Edinburgh is an unbeatable place for meeting inspiring people and sharing big ideas.” said Nick Barley, Director of the Book Festival. “This year’s programme brings together writers whose experiences will truly change our way of looking at the world: from the emerging Rwandan-Burundian superstar Gaël Faye to the legend of Kenyan writing Ngũgĩ wa Thiong'o, this is the most international of festival programmes – but one that also proudly celebrates its Scottish history and context.” 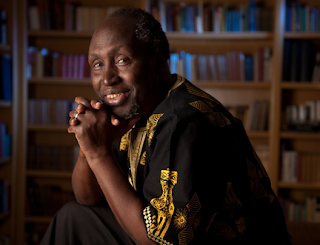 Kenyan novelist and playwright Ngũgĩ wa Thiong'o returns to Edinburgh for the first time in 12 years to discuss the release of a new edition of his prison memoir Wrestling with the Devil. Grandfather of Norwegian Literature Dag Solstad returns after a six-year absence, Karl Ove Knausgaard launches the final element of his My Struggle series, The End, and comedian Susan Calman previews her brand-new book The Kindness Quest: Dancing for Joy. Continuing the Mind and Body strand, actor Greg Wise tells the moving and thought-provoking story of his relationship with his sister as she dies of cancer, Susie Orbach discusses the growing popularity of therapy, Matt Haig is in conversation with Richard Holloway on anxiety and Ruby Wax returns with How to be Human: The Manual.

In a regular feature of the Book Festival, a series of Guest Selectors are invited to curate events around a subject of their choosing. Adele Patrick, the Lifelong Learning and Creative Development Manager at Glasgow Women’s Library, is a passionate and active advocate for creating a more inclusive society. For her selected series Revolting Women, Patrick will welcome Helen Pankhurst, Sara Wajid, Heidi Mirza, Brazilian human rights activist Djamilia Ribiero and Nigerian authors Olumide Popoola and Chitra Nagarajan in events exploring the militant and maverick female writers of the last 100 years. 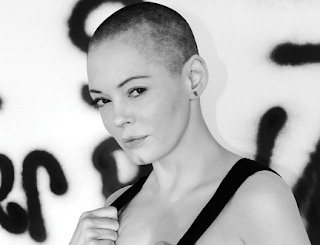 Writer and broadcaster Afua Hirsch examines to what extent we are free to define and express our own identity, and to what extent our identity is forced upon us by the world around us, in discussion with American actor Rose McGowan, novelists Diana Evans and T Geronimo Johnson, speculative fiction writer Prayaag Akbar and Miranda Kaufman, author of Black Tudors. Artist Tania Kovats explores the complex relationship between the oceans and the humans who exploit them, inspired by US marine biologist Rachel Carson’s The Sea Around Us, first published in 1951. In this series of keynote conversations, Kovats will be speaking to poet Kathleen Jamie, documentary film maker Jo Ruxton and the editor of Brain Pickings, Maria Popova. Former Greek Finance Minister Yanis Varoufakis explores the question of whether the current form of globalised capitalism is forcing democracy towards its ultimate demise in conversations with the leader of the Labour Party Jeremy Corbyn and Labour Peer Shami Chakrabarti.

Iranian artist Ehsan Abdollahi hit the headlines after the UK refused him a visa to visit the Book Festival last year, a decision that was eventually overturned after a campaign of protest. He returns in 2018 as the Illustrator in Residence offering a celebration of visual storytelling, including a discussion with the award-winning African-American poet Eloise Greenfield. He also joins an international line-up for The Freedom Finale on the last day of the Festival. 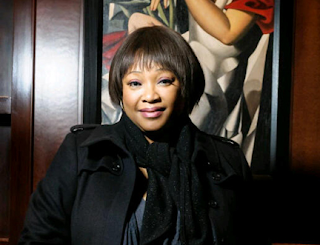 2018 marks the 100th anniversary of the birth of Nelson Mandela and the Festival welcomes his daughter Zindzi and great-grandchildren Zazi and Ziwelene to talk about his life and legacy.

2018 also marks the 100th anniversary of the birth of Muriel Spark and in celebration the Book Festival’s expansion onto the west end of George Street will this year include the new Spark Theatre, as well as a major series of events celebrating the life and work of this extraordinary writer. Doctors of Philosophy, Spark’s only work written specifically for the stage, will be presented in its entirety as a one-off rehearsed reading, edited by the Royal Lyceum Theatre Edinburgh’s Artistic Director David Greig and directed by Marilyn Imrie.

The Book Festival’s collaboration with The Lyceum continues through the Playing with Books strand of events featuring special one-off performances exploring three of the most interesting books of recent years: Isabel Greenberg’s graphic novel The One Hundred Nights of Hero; Mexican superstar Yuri Herrera and his noir classic Signs Preceding the End of the World; and Scotland’s own literary leading light Ali Smith with her much-loved How to Be Both. In partnership with acclaimed Glasgow-based theatre company Visible Fictions, audiences can enjoy solving the mystery in The Hidden, an immersive theatrical performance in Edinburgh’s Central Library which runs daily throughout the Festival. Visible Fictions have also adapted Cathy Forde’s YA novel Fat Boy Swim into a piece of musical theatre, extracts of which will be performed on stage followed by a discussion with Forde herself, director Dougie Irvine and composer Michael John McCarthy. 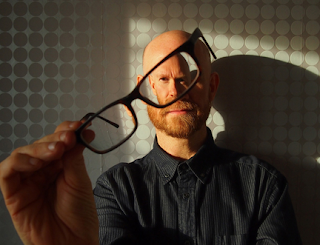 In the Book Festival’s first digital event, The Right Kind of Chaos is a unique book combining digital technology with innovative storytelling. Presented in partnership with Fire Exit and written by David Leddy, readers sign up to receive messages over 10 days through the text messaging service WhatsApp.

Speakers from the world of sport include cyclists Mark Beaumont and Graeme Obree, triathlete Louise Minchin and footballer Tony Adams. Musicians telling their life stories include Suede’s Brett Anderson, Viv Albertine of The Slits and Iron Maiden’s Bruce Dickinson. Legendary guitarist Brian May, who together with photographic historian Professor Roger Taylor, examines the work of Scottish photography pioneer George Washington Wilson in a unique 3D presentation – another Festival first. From the worlds of hip-hop and grime the Festival welcomes Akala, DJs Semtex and Target and, following their triumphant first visit to Scotland in 2017, the return of The Last Poets. The Babble On strand, co-curated by Luke Wright and Becky Finch, welcomes exponents of the art of spoken word as diverse as Claire Askew, Inua Ellams, and Murray Lachlan Young.

BBC Special Correspondent and the chair of the Book Festival Board, Allan Little will be in conversation with Kamal Ahmed; Robert Peston examines what we need to mend our fractured society; deputy leader of the Liberal Democrats Jo Swinson shares her ideas on how to make society truly gender neutral and Gina Miller introduces Rise, an unflinching account of what it means to stand up for justice, and for yourself, no matter what the cost. Conservative politician Jesse Norman discusses the importance of Adam Smith, Adam Tooze launches Crashed, his original and assured analysis of the decade since the collapse of Lehman Brothers and international economist Dambisa Moyo sets out the new political and economic challenges facing the world, and the solutions she believes are needed to resolve these issues and reignite global growth. 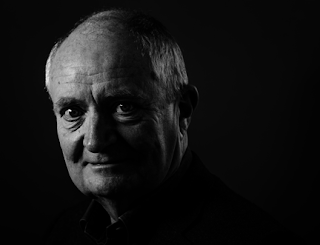 This year the Book Festival also celebrates partnerships and collaborations. Actor Jim Broadbent has created his first graphic novel with illustrator Dix; Michael Morpurgo and French graphic novelist Barroux met at the Book Festival in 2013 and return in August with a new joint venture and Chris Brookmyre and his wife Marisa Haetzman launch their new crime novel under the pen name Ambrose Parry. Alan Lee has illustrated the last ever Tolkien story, The Fall of Gondolin, which has its global launch at the Festival and Ann Cleeves brings the final instalment of her Shetland series and will be joined on stage by actor Douglas Henshall who plays detective Jimmy Perez in the BBC Series.

As part of Year of Young People, the Edinburgh International Book Festival has been working with a group of ten pupils aged 8-14 from schools in Craigmillar in Edinburgh to co-design a strand of events in the 2018 Book Festival programme exploring the concept of Freedom. The project, titled Codename F, covers topics chosen by the young Co-Programmers including gender, religion, women’s rights, the environment and free speech. Codename F is supported by the Year of Young People 2018 event fund, managed by EventScotland, part of VisitScotland’s Events Directorate.

The Edinburgh International Book Festival receives funding from Creative Scotland and the City of Edinburgh Council and this year welcomes over 900 participants from 55 different countries to its tented village in the heart of Edinburgh and runs from Saturday 11 to Monday 27 August 2018. Entrance to the Gardens is FREE and the gardens, cafes, bookshops and all venues are fully accessible.