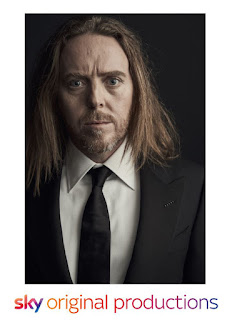 When your most cherished possession is a battered upright piano, you only have one option if you need to travel across Australia: take it with you...

Tim Minchin and newcomer Milly Alcock star in a sharp-tongued and touching comedy drama set on a 4,000km road trip from Sydney to Perth with a piano in tow.

The story, told over 8 episodes, follows two misfits, thrown together by chance in the middle of the Australian desert, who forge the unlikeliest of bonds in their quest to get a precious piano from one side of the country to the other.

Lucky Flynn, played by Minchin, hasn’t spoken to his family in years. He’s broke, distant and damaged. He’s also a gifted pianist, whose talent for music is matched only by his talent for self-destruction. When he learns that his mother has only days left to live, Lucky sets off in a hire car to drive the 4,000km from Sydney to Perth to say goodbye, taking with him his only cherished possession in the world: a battered and scarred upright piano.

But what should have been a straightforward drive across the outback soon becomes a test of Lucky’s emotional fitness, when he quite literally runs into Meg, played Milly Alcock, a hilarious, tough-as-nails teenager, who we soon discover has plenty of scars and secrets of her own.

Tim Minchin said “From the moment I heard about the idea for Upright, I knew it was the show I’d been waiting to make. I like stories that make me laugh and think and cry, I adore the landscapes of outback Australia, and I love music, and homecomings, and characters full of flaws. It’s awesome to be writing with this extraordinary team, and I’m looking forward to acting alongside Milly Alcock, who I think is a really special talent.”

Upright is created by Chris Taylor, with Taylor and Minchin writing the series together with writer-actors Kate Mulvany and Leon Ford. It will be directed by Matthew Saville with Minchin writing the music. The series will begin filming in Australia in October and will air on Sky and streaming service NOW TV during 2019, co-produced by Foxtel, with Screen Australia and Lingo Pictures.