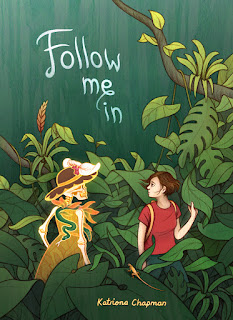 Kat had no responsibilities and nothing to tie her down. But she had graduated university with no plans. She was an artist who hadn’t drawn in five years.

What’s more, she'd been avoiding admitting to herself something that all of those around her knew; that her boyfriend, Richard, had some serious problems with alcohol.

Looking for a fresh start, the two of them quit their jobs and embarked on a journey to Mexico for what what they expected to be an adventure of a lifetime. It led to experiences that changed both of their lives and to Kat rediscovering a love of art, a lifelong attachment to Mexico and the strength to move on.

Part memoir, part coming of age story, part love letter to Mexico, the debut graphic novel from Katriona Chapman is a beautifully illustrated recounting of a trip she made around the country back in 2003, interspersed with pages of her sketchbook from that time, as well as explorations of the cultural and bio-diversity of Mexico and its fascinating history.

Have a look at a short preview: 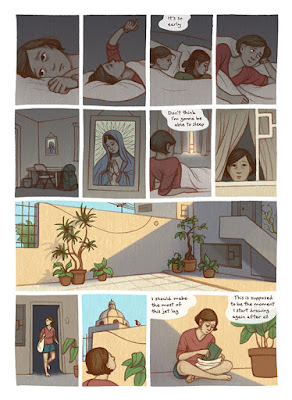 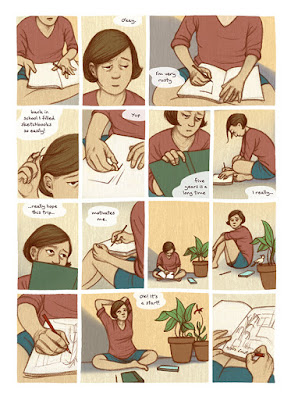 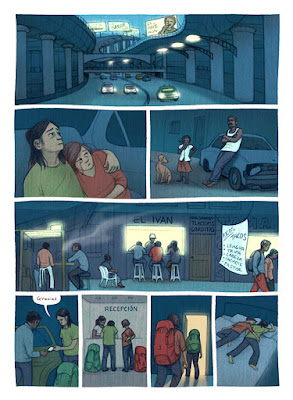 A limited edition Postcard Pack edition of Follow Me In is released by Avery Hill Publishing in September. Pre-order on their website. Katriona will also sign and sketch in all pre-orders.

Find out more about Katriona Chapman on her website