It's August and, for us, that can mean only one thing... The Fantasy Football is back and The DreamCage Challenge Cup is now OPEN for entries. Susan Omand explains more...

*sings* Guess who's back, back again. The DreamCage Challenge Cup league's back, tell a friend.

(note to self - check jingle copyright with Eminem, may need work).

YES! We're back for another year of Fantasy Football Fun, where we all take it far too seriously, spending ages trying to buy enough to build a half decent squad because we've already bought Salah, worry about the fact we need 4 players from the same team because of the transfer window but can't get them and filling out spreadsheets to work out the probability of Harry Kane scoring before September so... oh, that's just me? This might be where I'm going wrong then.

You see, last year I only managed a mid-table finish and, horror of horrors, GOT BEAT BY STEVE. AGAIN!! This, my dear reader, cannot be allowed to continue. (Yes, I know I said that last year. Shush!) 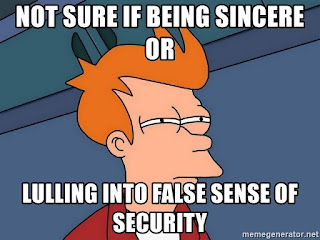 Anyway. As usual we're opening the league up to you too. The overall winner of the League at the end of the season will get a very nice prize - an actual Cup! Well, a mug really, which is bigger than a cup and therefore better. (Our excuse and we're sticking to it.)

Below is the league code if you want to join in the fun.  We're using the official Fantasy Premier League site at http://fantasy.premierleague.com/ and you will need to log in or register and set up your team before you can join the league.

The DreamCage Challenge Cup league will be closed off on Friday 10th August at 18:00 BST (the first Gameweek deadline is the same day at 19:00 remember - it's a Friday night kick-off for the Man U v Leicester game - and you'll need time to sort your team) and only people who have joined our league before that cut off time will be eligible for our competition. The prize will be sent out at the end of the  season to the winner.