The 62nd BFI London Film Festival in partnership with American Express® has announced the contenders for the Official Competition...

The Best Film Award recognises inspiring, inventive and distinctive filmmaking and this year’s line-up showcases the enormous depth and diversity of talent working in the global film industry today, with 50% of the films from a female director or co-director.

The Festival also welcomed as Jury President Academy Award®-nominated director of ROOM (LFF Official Competition 2015), Lenny Abrahamson, whose long-awaited film adaptation of Sarah Waters' horror novel THE LITTLE STRANGER will be released this September. For the first time, the winner of the Best Film will receive their Award in front of a public audience at a special screening on Saturday 20th October at Vue Leicester Square.

The Festival continues to shine a light on women behind the camera, with half of the films in competition showcasing the work of female directors or co-directors (Karyn Kusama, Alice Rohrwacher, Sudabeh Mortezai, Dominga Sotomayor and Cristina Gallego, directing with Ciro Guerra). Ben Wheatley makes a welcome return to the Festival, and receives his first nomination in the Official Competition with the World Premiere of his latest feature, alongside second-time nominee and fellow UK director Peter Strickland, whilst other world-class directors David Lowery and Zhang Yimou round out the selection, alongside second-time nominee László Nemes.

Building on the huge popularity of the annual Surprise Screening, one of the fastest-selling tickets at the LFF, this year’s Official Competition also brings a unique and exciting opportunity to Festival attendees. In an audience first, the winning competition film will now be available to book in advance as an additional surprise screening. This will be held at the Vue Leicester Square on Saturday, October 20th at 7.00pm, and will be preceded by the presentation of the Festival’s official award, the bronze Star of London, in the presence of Artistic Director Tricia Tuttle, Jury Chair Lenny Abrahamson and the winning filmmaker.

Tricia Tuttle, BFI London Film Festival Artistic Director said “The LFF celebrates the breadth of cinema, and this is crystalised in the ten films competing for Best Film at the 62nd BFI London Film Festival. Representing a tantalizing range of styles, these film stell stories from around the globe – from 3rd Century China to post-Pinochet Chile to contemporary Britain - and transport viewers to worlds both real and imagined. These works are by turns, socially and politically urgent, muscularly thrilling, evocatively personal, spectacular, kinky and wildly inventive. It’s also a real pleasure to see that half of these films come from female directors.”

Lenny Abrahamson, Jury Chair added “I am delighted to continue my relationship with the BFI London Film Festival. It’s an honour to be this year’s Jury Chair and I very much look forward to deliberating with my fellow jurors on what is sure to be some of the most exciting, thought-provoking and original work in this year’s selection of films.”

Official Competition titles will screen nightly across the Festival in the two premier screens of the Vue Leicester Square, the LFF’s new home in 2018 for the Official Competition section, with a red carpet-style reception for the attending filmmakers each evening.

The 10 films in Official Competition are:

BIRDS OF PASSAGE sees co-directors Cristina Gallego and Ciro Guerra (Embrace of the Serpent, LFF 2015) return to the Festival with their latest offering – a sprawling, spiritual exploration of family conflict and tribal warfare, laced with heady symbolism and surrealist flashes. Set during the marijuana bonanza, a violent decade that saw the origins of drug trafficking in Colombia bear witness to the thrilling rise and fall of the indigenous Wayuu clan in remote Colombia. A mystical meditation on colonialism, tribalism and modernism.

Nicole Kidman is astonishing, and almost unrecognisable, in Karyn Kusama’s (The Invitation, LFF 2015) brooding thriller DESTROYER. Kidman plays Erin, a jaded police detective haunted by her past and still reeling from the trauma of her experience years later, who is forced to confront her demons in order to close the case that almost destroyed her. The film also stars Sebastian Stan, Tatiana Maslany and Toby Kebbell.

Alice Rohrwacher (The Wonders, LFF 2014) returns to the Festival with HAPPY AS LAZZARO. A delightfully singular time and genre-bending rumination on the fate of innocence when faced with corruption and greed. Set in rural Italy, this is the tale of Lazzaro, a beautiful peasant so sweet natured he is often mistaken for simple-minded. A magnificent blend of Italian class struggle, folk tales, biblical allegory and pop culture reference, Rohrwacher deservedly shared the Best Screenplay award at Cannes for this kaleidoscopic work. 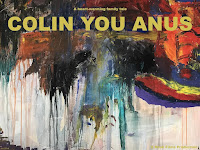 Peter Strickland (The Duke of Burgundy, LFF 2014) returns to the Festival with IN FABRIC, starring Marianne Jean-Baptiste and Gwendoline Christie. A haunting ghost story, laced with lashings of oddball humour and set against the backdrop of a busy winter sales period in a strange department store, it follows the life of a cursed dress as it passes from person to person, with devastating consequences.

JOY, directed by Sudabeh Mortezai (whose debut feature Macondo competed for the LFF’s Sutherland Award in 2014), presents a vital and hugely affecting drama that tackles the vicious cycle of sex trafficking in modern Europe. It follows the life of Joy, a young Nigerian woman, who works the streets to pay off debts to her exploiter Madame, while supporting her family in Nigeria and hoping for a better life for her young daughter in Vienna.

Academy Award© winner László Nemes follows up his critically acclaimed debut Son of Saul (Official Competition nominee LFF 2015) with his feverishly ambitious second feature, SUNSET. Set in 1913, nearing the end of the Austro-Hungarian Empire and on the eve of the First World War. Írisz Leiter is a hat maker who returns to Budapest years after her parents, respected milliners, sent her to be fostered under mysterious circumstances. A fugue-like meditation on the end of an empire; the brilliantly willful Írisz is our witness to the flickering innocence of a Europe about to be plunged into hell.

THE OLD MAN & THE GUN, directed by David Lowery, stars Robert Redford, in what will be his final big screen performance after recently announcing retirement. A brilliantly entertaining crime caper, based on the true story of Forrest Tucker, the self-styled ‘Houdini’ whose many audacious prison breaks included an Alcatraz flight in a homemade kayak, and whose last robbery was committed when he was 79. Offering bittersweet reflections on time and age, THE OLD MAN & THE GUN is a testament to a free-spirit who steadfastly refused to go quietly. The film also stars Sissy Spacek and Casey Affleck. 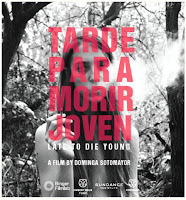 TOO LATE TO DIE YOUNG is a woozily gorgeous evocation of life on the fringe of society. Set during the summer of 1990, after Pinochet’s fall, democracy has returned to Chile. Three youngsters drive up to a woodland commune below the Andes, where they idle the summer away while their parents debate the future. In their isolated community, Sofia, Lucas and Clara face their first loves and fears while building up for New Year’s Eve. Youthful desire, ennui and mischief have rarely felt so tangible. The film is directed by Dominga Sotomayor.