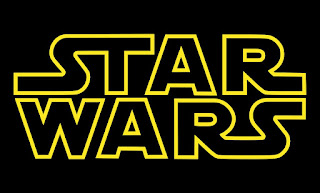 The Force is still strong with Alwyn Ash as he looks at the Star Wars trilogies...


In December 2017 I wrote 'Star Wars: A ReturnTo Childhood' for The Dreamcage. Decided it was about time I revisited that piece and add further thoughts since Rian Johnson's contribution to George Lucas' created Universe...

I was three-years old When 'Star Wars: A New Hope' hit cinemas across the globe. It wasn't for a few more years that I was able to enjoy the magic of Luke Skywalker and his adventures in a galaxy far, far away. By then follow-up 'The Empire Strikes Back' had been given its cinematic release in 1980, and fans got to witness the shocking revelation that Darth Vader was more than just a dark lord of the Sith. The original trilogy concluded with a final on-screen battle between the Galactic Empire and Rebel Alliance, in 1983's 'Return of the Jedi'. It was a neat ending to a fabulous run of sci-fi movies. They had even spawned a toy line and other merchandise, cartoons and a couple of Ewok television films called 'Caravan of Courage: AnEwok Adventure' and 'Ewoks: The Battle for Endor'.

But it was the trilogy that stood the test of time.

It took over a decade for another trilogy to surface, this time prequel movies exploring the life and times of the Jedi Order, and the early years of Anakin Skywalker and Obi-Wan Kenobi. 'The Phantom Menace' arrived in 1999 to mixed reviews and opinions, some fans hating it outright. It did, however, become the first Star Wars for many young and old, introducing them to a Universe they would grow to embrace. Between 2002 and 2005 came the inevitable sequels 'Attack of the Clones' and 'Revenge of the Sith', again either liked or disliked depending on a fan's relationship with the franchise at that time. I had not fully embraced the Prequel Trilogy back then either, though I didn't understand the dislike for Naboo resident Jar Jar Binks, who was simply a fun addition to 'The Phantom Menace'. I did feel the new instalments lacked firm direction, contained far too many weak scenes and dialogue, and some of the casting was questionable. In later years I've grown to appreciate these flicks as part of the whole, like finding the last three pieces in the jigsaw box and finally completing the puzzle. Perhaps they weren't necessary, but their existence doesn't ruin what came before.

That is what really baffles me when I still hear phrases like "You've ruined my childhood" thrown about on social networking. This brings me nicely to the new trilogy, which began with The Force Awakens, in 2015. But the most shocking example of fan obsession comes with The Last Jedi, a movie directed by Johnson and one that has even seen a fan petition set up on Change.org to try and have it removed from Star Wars canon. Yes, this is a thing! Fan Henry Walsh started the petition to The Walt Disney Company 8 months ago, and it has (as of 11th August 2018) gained 109,782 signatures out of the 150,000 set. Not bad going. Thankfully, these people don't speak for both myself and the other true fans who love this movie and its place in the franchise! I find it amusing that the petition states, "Episode VIII was a travesty. It completely destroyed the legacy of Luke Skywalker and the Jedi. It destroyed the very reasons most of us, as fans, liked Star Wars. This can be fixed. Just as you wiped out 30 years of stories, we ask you to wipe out one more, the Last Jedi. Remove it from canon, push back Episode IX and re-make Episode VIII properly to redeem Luke Skywalker's legacy, integrity, and character".

Well, it has been confirmed that actor Mark Hamill is returning to Chapter IX; his character is far from over. Perhaps Luke didn't die in The Last Jedi but simply transformed from one state to another, from physical to energy. It would be great to see him as a Force Ghost, joining the ranks of Obi-Wan, Yoda and Anakin Skywalker.

I'm not at all knowledgeable of the Star Wars Legends Universe, but a quick Google and I found something quite interesting. While reading about another character, Cade Skywalker, I noticed a quote from a scene involving Luke Skywalker as a Force Ghost, visiting Cade. During the visitation, Luke says, "Every generation has its challenges to face, its own battles to win. Why should yours be any different? Running away from your responsibilities won't solve anything!"

This is exactly how I see Luke's actions in The Last Jedi, running away from everything and embracing self exile to an island on the planet of Ahch-To, losing faith and confidence, feeling that the galaxy is better off without him. Following his encounter with young Rey, and a beautifully filmed sequence with Force Ghost Yoda, the Jedi Knight understands that very message: "Running away from your responsibilities won't solve anything!" He later leaves the safety of Ahch-To and faces off against the First Order, buying time for his sister General Leia Organa and her band of resistance to escape an abandoned Rebel Alliance base before they are captured or killed. Luke's presence at the base is a Jedi trick, an illusion. He is later seen, still on his island, where he appears to fade like a ghost, physically and emotionally exhausted from the task of projecting his being far across space.

I always felt like there would be more to come.

And with Star Wars: Episode IX in production, this time directed by J. J. Abrams (The Force Awakens being his first taste of the franchise), loose ends will get firmly tied, loved characters shall return, and the petition to erase The Last Jedi from canon will become irrelevant. To those fans who have nothing but admiration for Star Wars as a complete entity, no such petition means anything anyway.

May the Force be with you...