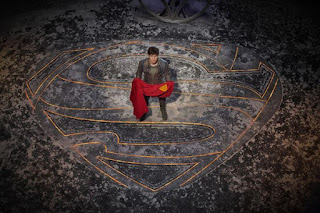 The first series of the brand new Superman-prequel series Krypton comes to E4 on Sunday August 19th. Read an interview with the show's stars Cameron Cuffe and Ann Ogbomo...

Set two generations before the destruction of Superman’s home planet, Krypton follows Seg-El (British actor Cameron Cuffe – The Halcyon), the legendary Man of Steel’s grandfather, who is faced with a life and death conflict. With Krypton’s leadership in disarray and the House of El ostracised, Seg is prompted into action by the arrival of Adam Strange (Shaun Sipos – The Vampire Diaries), who’s travelled from present-day Earth to warn Seg of an insidious plot to change the past and prevent the birth of the last son of Krypton – a plot he believes to have been orchestrated by the Super-Villain Brainiac (Blake Ritson – Da Vinci’s Demons). Fighting to redeem his family’s honour and protect the ones he loves, Seg is also entrusted with protecting the future of his legacy – a destiny that will see the birth of the greatest Super Hero ever known.


Explain a little bit about Krypton. What’s the idea for the show?

Ann Obgomo: Krypton is set 200 years before Superman’s birth, and essentially it’s about his grandfather and whether he makes a choice to save his future grandson or save his planet – so that’s it, at its core. Around that, it explores the world that Superman is from and what that society is like – different houses that make up the society, how they interact with each other, what they stand for and what conflicts they face. Some of them they face individually, and at some point they may need to come together to fight a greater enemy.

Cameron Cuffe: Krypton is an epic space adventure that’s set within the DC universe that we all think we know. But this is an entirely untold, new story.


Tell me a little bit about your characters.

CC: I play Seg-El who is, when we meet him, one of the last surviving members of the House of El. He was born and raised in the Gilded section of society, and afforded all sorts of privileges which are stripped from him when he’s still a child because his grandfather is tried for treason and sentenced to death. So he grows up in the Rankless District, which is a very tough place to live. He has to fight to survive. And when we meet him, he’s a conman. He’s completely morally adrift and cut off from the legacy of the House of El, which is this great legacy of scientists and free thinkers and revolutionaries. He feels very separate from that. But when we meet him, sort of at his lowest point, a stranger comes along and says “My name is Adam Strange, I am from the Planet Earth, and 200 years from now your Grandson is going to be the greatest superhero that ever lived. And I need your help to save him.”

AO: And I play Jayna-Zod, who is also known as Primus Zod, and she’s the leader of the military guild who basically have to protect the city of Kandor, so she’s in charge of making sure that everyone is able to defend Kandor against any threat. Her daughter is part of the Sagitari, which is the name that we give to our army, and she is in love with Seg-El, who is, as Cameron said, a rankless citizen. Jayna has a number of responsibilities, most particularly to Kandor and to her daughter.


Cameron, you play the lead in this huge show, and yet it’s practically your first job in acting. Do you have to pinch yourself every so often?

CC: It’s an incredible job. I’ll never feel like someone who didn’t get incredibly lucky, because I did. This is such an amazing job, and I have the benefit of working with so many incredible actors on this job, who have taught me so much.


Is there a pressure that goes with it?

AO (pointing to CC): Have you seen these shoulders?

CC (laughs): There’s always pressure, but I think with this it’s a good thing. It’s Superman, it’s something that means so much to millions of people. Fortunately I am a fan, I’ve read comics since I could read, and I still read them. I understand that this pressure comes from love – this is something that means so much to so many people, it’s about passion. And that’s the sort of thing that doesn’t let you get complacent, that makes you work hard, because there are people counting on you. 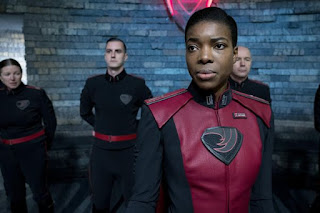 Ann, your character is a Zod. Those who can remember Superman II will know that it features a villain called General Zod. Is there more to this family than meets the eye?

AO: There is so much more. I think you will get the three-dimensional world of Zod in Krypton, you’ll get to meet quite a few Zods as well. In Superman II General Zod is the ultimate baddie, and it was of that time. What audiences want nowadays are characters who aren’t as black-and-white, they want them to have to make tough decisions and to be complex, and things not to be straightforward, so I think that’s what you’re going to get in Krypton. You’re going to meet characters who you think “Oh my God, she’s this or that,” and the next you go “Oh, right…” Things are constantly moving, and there are plenty of surprises.


She’s a real kick-ass woman, and the show is full of strong women – is that important to you?

AO: It’s definitely satisfying. I’ve never really thought if it’s important – it’s something that’s very enjoyable to do. From an audience perspective I would certainly love to see a character like mine on the screen. I’m just really enjoying it, but if I think about it, it is important, because it means you get to do something you don’t normally get to do. If you go back to Superman II, they have superpowers, they can release fire and have all this strength. But in this, people don’t have superpowers, the strength is the strength they’re prepared to commit to, and work on. I think that is really important, because we’re in a day and age where we can give up so easily if we want to, and this really is not about giving up. How much are you prepared to do, who are you prepared to do it for. It’s about who are you, at your core, and what choices are you prepared to make.

Cameron, Seg is a hero, but he’s also a bit of a bad boy – does that make him a bit more fun to play?

CC: I think the writers have gifted us with incredibly complex characters. I like the thing that Ann touched on – there are no traditional goodies and baddies, and one of the joys of playing Seg is he’s not fully formed as a hero, he doesn’t really feel like a hero. He doesn’t feel particularly brave. But the thing about being a hero is it’s about making the brave choice once. He sort of realises there might be no-one else who can save the universe, and it just so happens that he can. It’s just so compelling to watch. He’s not a soldier, he’s not a superhero, he’s just a regular guy, but regular people do incredible things all the time. In many ways, that’s what the Superman story is all about. Yes he’s got these amazing powers and the cape and everything, but the thing that makes him a hero is that he believes in people. That’s what’s inspiring about that character, and I think we see that a lot with Seg. 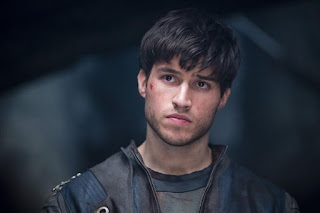 The cast is mostly made up of Brits. Why did they decide to make Krypton ‘British’?

AO: I think they just really liked the two of us, and built it around that! (Laughs)

CC: We all auditioned in American accents.

AO: I didn’t, actually, but quite a few people did. I certainly know David S Goyer likes working with British actors, doesn’t he?

CC: I think, as actors, it gives us a little bit more to play with, because in Britain there is such a variety of different accents, and you can tell so much about a character just by the way they speak and the accent they speak with.


I guess it’s pretty exciting for you to have the show going out in the UK?

CC: Oh gosh, absolutely. All of my friends and family have been on at me constantly, going “When is it coming out in Britain?” I think for all of us in the show who are Brits, and most of us are, it’s a really big moment for us.

AO: And it’s such a great channel. To be on a show on E4, it has a real following, it’s fantastic. And people get to watch it legally! 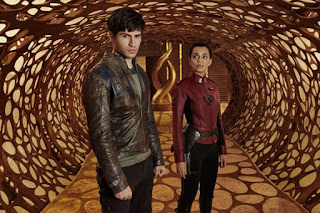 The world of Krypton is beautifully realised, isn’t it? Presumably you don’t get to see that until you watch the end product?

AO: Well, actually, we have the sets. I think the majority of the surroundings you see are actual built sets.

CC: Some of the cityscapes and the space ships and stuff would be CGI, but the vast majority of what you see on camera is there for us as we’re acting. The props, the costumes, the sets…

AO: It really didn’t feel alien to see it on screen. The Rankless District, for example, is a really large, sprawling set with loads of roads and side-streets…

CC: Even down to the fine details – the Kryptonian alphabet is a thing, all the signs mean something. These things are really beneficial for us as actors, because when you step into somewhere like the tribunal chamber, or the Fortress of Solitude, there is a real palpable atmosphere there.


Why do you think so much of our entertainment just now is based on comic books and superheroes? What’s behind that?

AO: People need their minds to go elsewhere. We want to be in fantastic worlds.

CC: We want to believe in heroes.

AO: We want worlds where our imaginations can run free and we can right all of our problems. And that is in the comic book world. It certainly was for me when I picked it up.

CC: It’s modern mythology, and think it speaks to something primal about us as people, that we want to see symbols, we want to see heroes, we want to believe in that. But also, I think the thing about the superhero genre in particular is that people have been saying it’s going to go away for decades now, but it won’t, and I think the reason why is because it’s more than a genre, it’s sort of a medium. Our show is a science fiction show, it’s very different from The Dark Knight, which is very different from Black Panther, which is very different from Guardians of the Galaxy. There are so many stories you can tell, in so many different genres, through the lens of superheroes.

AO: As long as people have imaginations, there will be superheroes, there will be these worlds, the worlds that we can enter into, either to understand ourselves or just to escape.