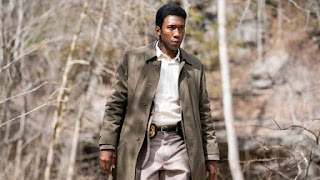 In True Detective, each season has a new cast and a new case. Watch the trailer for Season 3...

This time, in a story spanning 3 decades over 8 episodes written by Nic Pizzolatto, detectives investigate a macabre crime involving two missing children in the heart of the Ozarks, Arkansas.

Season 3 will also mark Pizzolatto’s directorial debut; Jeremy Saulnier (Blue Ruin, Green Room) will also direct. True Detective Season 3 debuts in January 2019 on HBO so should be in the UK soon after.