Film - My Dinner With Hervé 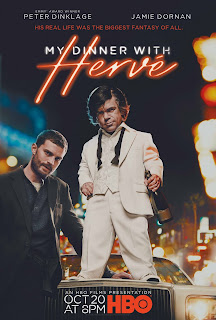 The plane boss, the plane! OK, it's not a plane, it's a trailer but you get the reference. Watch the first trailer for My Dinner With Hervé...

Inspired by a real story, My Dinner With Hervé explores the unlikely friendship between struggling journalist Danny Tate (Jamie Dornan) and Hervé Villechaize (Peter Dinklage), the world’s most famous knife-wielding French dwarf actor, as it unfolds over one wild night in LA — an encounter that will have life-changing consequences for both.