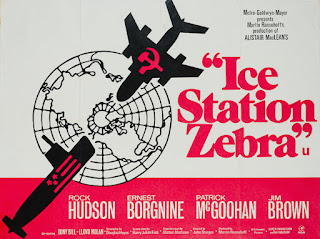 Steve Taylor-Bryant takes his life in his hands in more ways than one and recasts a classic 1968 film for our theme day...

Our intrepid explorer [No, Steve, "editor". It began with an E though so you’re getting better - Ed] is today a gazillion years old. We are not celebrating this momentous occasion but celebrating everything from the year of her birth, however, I don’t like to review cave drawings or primitive parchments so I’m going to modernise something incredibly ancient instead. Our Susan was born in the black and white era of distant October 1968, dinosaurs roamed the plains and most of humanity was still fish sperm [science really wasn’t your thing was it? - Ed] moving pictures, whilst still in their infancy were a new-fangled way of entertaining early Homus Erectus [how many years have you been waiting to write Erectus in an article? - Ed]. As it’s Susan’s gazillionteenth birthday I’m only going to use actors she adores, also because the original was set so long ago there’s going to be lots of ice as the meteorite hadn’t hit the planet and warmed it up for us younger folk yet.

Released in the US mere hours before Susan was invented by Isambard Brunel, Ice Station Zebra tells the story of Commander James Ferraday, captain of the nuclear submarine USS Tigershark, who is dispatched to the polar ice region on a rescue mission when an emergency signal is received from a weather research station, Ice Station Zebra. On board the submarine is a civilian and likely a British spy, David Jones, whose orders are secret much to the annoyance of everybody and this leads to massive trust issues throughout the mission. Commander Ferraday doesn't like being kept in the dark but Jones is secretive and doesn't give much away. Along the way, they collect two additional passengers, a Russian named Boris Vaslov, likely also a spy but friendly to the allies’ cause, and U.S. Marine Capt. Leslie Anders who takes command of the Marines travelling as passengers. It soon becomes clear that the mission is more than just a rescue operation. It also becomes apparent that there is a traitor on board the submarine who is out to sabotage the entire mission.

This is a proper good old-fashioned action film, full of Cold War intrigue and distrust, and because I am tighter than a duck billed platypus’ backside you can find my review of the original film here. No point spending money on a gift for our glorious leader when I can just get two articles out of one ridiculous notion is there? So, to rebooting a 1968 classic that was nominated for a couple of Oscars’ with just Susan’s favourite actors. To start with, and so I can imagine what the film would look like I must appoint a director. Because I am really, really lazy I just put Ice Station Zebra into IMDb and noticed a remake is ‘In Development’ with Christopher McQuarrie attached to write and direct, that’ll do nicely. It will be a good-looking action film, excellent. Now we just must hope that Susan likes actors that handle a bit of action and work for a big studio production with at a guess a $100miliion plus budget.

Well, here’s the list, and most of these actors could work although I wouldn’t use any them personally for this film so if you don’t like the outcome then please forward all your hate mail to the birthday girl*, although if at any point you think it is inspired genius I am happy to take the credit. The list then…

Considering the original cast, I can’t just put names next to characters but I am going to try and place Susan’s stalkerish material into the film in the best way that I can and so I think I'd better start with the three main characters. 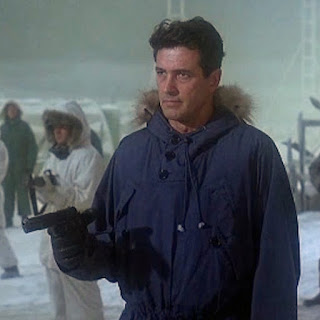 Commander James Ferraday originally played by the incomparable Rock Hudson must have an air of superiority, be able to handle the role of a vastly experienced submarine commander and be able to carry the odd action scene, which immediately rules out Gordon Levitt as he just looks far too boy-like to carry off experienced naval dude. Ferraday here will be taken on by the, in my opinion, best actor in the list I was given, someone who has constantly shocked and surprised me and can metamorphose into anyone. Christian Bale (hands up who thought I was thought I was going to type Jeremy Renner? Good on ya). 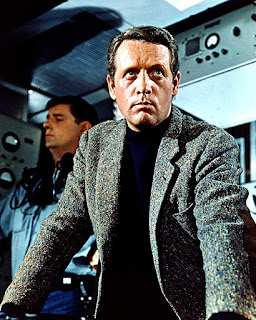 Alongside Ferraday we need to cast the mysterious Brit, a spy full of smarmy looks and great use of the Queen’s English, an actor who has the ability to annoy everyone around him as much as Patrick McGoohan’s David Jones did in the original. It’s not really a stretch to cast this one as Jonny Lee Miller currently employs that very style as Sherlock Holmes in Elementary. 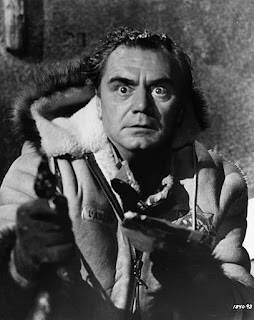 But what of Boris Vaslov? Ernest Borgnine was the original actor to play “the most anti-Russian Russian” spy in the original film and to be honest I’m not left with much to work with from my list. I don’t have any Eastern European actors on there, so I will plump for a character actor I have always admired with Edward Norton and hope to hell that he can carry off a Russian accent long enough to not look stupid, its either that or change Russian to Canadian or something but no one is going to buy that idea. [See I would have used Renner here - Ed] 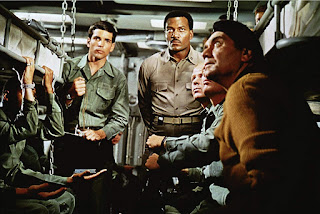 I am now left with Renner and Gordon Levitt and just two parts left to fill, the experienced Marine Captain Leslie Anders (played by Jim Brown in the original) picked up in the middle of nowhere by the sub and one of the mysterious characters, and the young Marine Lieutenant Walker (Tony Bill from the ’68 version). These two kind of cast themselves, don’t they? Renner is the older looking of the actors and gets the role of Anders, with Gordon Levitt the baby-faced Walker.

So, there we have it, an ice age cold war spy thriller from all those many, many, MANY years ago brought up to date because an old lady fancies a few acting men**. Marvellous!


* Susan says - In my defence, I didn't know which film our great and glorious Steve was going to use when he asked for my list.

** Susan also says - He said "actors under 50 just now whose work you enjoy" - my fanciable actors list is a whole lot older...