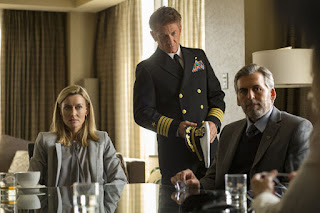 Ahead of the premiere episode of new race-to-Mars drama The First this Thursday, Channel 4 have released an interview with Executive Futurist, Amy Webb...

Set in the near future, The First explores the challenges of taking the first steps towards interplanetary colonisation. The series focuses not only on the astronauts, but also on their families and loved ones, as well as the ground team on Earth. It’s a story about the human spirit; about our indomitable need to reach for unknown horizons and the people working towards the greatest pioneering achievement in human history.

Amy Webb is a quantitative futurist and a bestselling, award-wining author. She is a professor of strategic foresight at the NYU Stern School of Business and the Founder of the Future Today Institute, a leading foresight and strategy firm that helps leaders and their organizations prepare for complex futures. Amy was awarded the prestigious 2017 Thinkers50 RADAR Award for her theories and models which are used by organizations to map the future. She is a former Visiting Nieman Fellow at Harvard University.


Tell us a bit about your involvement with The First.

I’m a futurist consultant on the series – my job is to advise the writers, designers and producers on the near-future world in which the series takes place.


What actually is a ‘futurist’?

I’m a quantitative futurist, and my job is to use data to identify emerging trends and model plausible future scenarios. Futurists don’t make predictions—we make connections. The purpose of my work is to identify risk and opportunity early. Futurists have been around for more than a century.


The show pitches the idea that we will be able to travel to (and potentially colonise) Mars by 2031. Do you think that’s the case?

Given what we know to be true today, yes—it’s plausible that humans will travel to Mars sometime around 2031. However, there are a number of dependencies that could accelerate or decelerate that time horizon. Regulation, geopolitical strife, the availability of certain components and climate change all have the potential to derail our journey to Mars. On the other hand, they could also help us get there sooner. 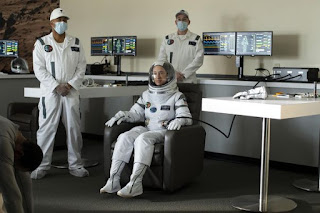 One of the themes of the show is how ubiquitous technology is and will continue to be in our lives. We see hands free cell phones, self-driving cars, voice activated software, all embedded in the character’s everyday activities. Do you think this is overall a positive or a negative thing?

It’s best not to think of technology as either good or bad. We have a tendency to anthropomorphize technology, and in doing so we conveniently forget our human role in its development. Email is neither inherently good nor bad, but who among us doesn’t have a day when we’d rather it’d never been invented?


What are some of the misconceptions or inaccurate assumptions people have about what life will be like in the future?

The biggest misconceptions I see have to do with artificial intelligence, and our misplaced optimism and fear. Since the 1920s, we’ve lived with the idea that “the future” meant walking, talking, humanoid robots and flying cars. Because we’re fixated on these indelible images, we have missed the third era of computing unfurl in real time. Cars and robots are merely containers for AI. The real magic—and danger—has to do with systems designed to make autonomous decisions, big and small. Our AI systems have been in some form of development for hundreds of years, and in the past few decades we’ve seen important advancements. What are the implications of these AI systems, created by a relative few people working at just a handful of companies? What happens when they make more and more decisions autonomously for us all? This is something I’m gravely concerned about, but people seem more interested in how soon they’ll get to ride in a flying car.


As you predict future technological trends – do you think the future is fixed?

Futurists make connections, not predictions. And there’s a simple reason why: it’s mathematically impossible to predict the future of technology. There are far too many variables and dependencies. You can predict the outcome of an event with discreet variables—like an election or a baseball game—but not the year 2039. For that reason, futurists tend to create models of plausible futures. The trends we research and develop help us build out those scenarios. Do I think I’m living in someone else’s simulation? That thought crosses my mind weekly. I wrestle with the question of free will and whether or not we have it. If robots are just containers for AI, aren’t our bodies just containers for biological algorithms? It’s not like I tell my cells to regenerate, or my heart to beat, or my hair to grow. It isn’t out of the realm of possibility, but the pragmatist in me would argue that there is no such thing as destiny and that we’re in charge of our own futures. 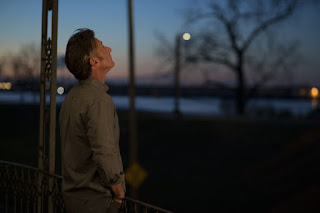 If we were able to, do you think humans should colonise Mars?

If we’re venturing to Mars in the name of science and technological advancement, then I’m all for it. What we’ll learn getting ourselves to Mars will undoubtedly seed research in many other fields, which will be a benefit to humankind. However, if the primary motivation is to create somebody’s more idealized version of human society, or to escape the problems we’ve created for ourselves here on Earth—two entirely pointless endeavours —then I’d rather see our research efforts and funding go into something more practical, like gene editing.


What did you think when you watched the first episode?

I was blown away by the first episode watching it for the first time. The technology and that future world aren’t front and centre—the characters are. So I couldn’t help but focus on the story, and the people, and their individual journeys. That’s what makes The First such a powerful show. It’s a story about getting somewhere profound, whether that’s to space or to a reconciliation with a loved one, and every character is trying to find their footing.

The First starts November 1st at 9pm on Channel 4