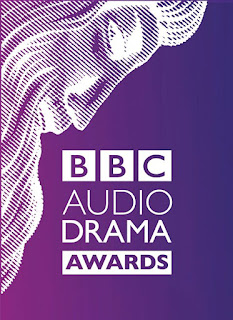 The shortlist for the BBC Audio Drama Awards 2019 has been revealed and there's some familiar names on there...

The quality of work in this year's awards list is better than ever and we're really pleased that we don't have to choose the winners with our friends at Big Finish, Bafflegab Productions, AND the Wireless Theatre Company going head to head in the category for Best Podcast or Online Audio Drama. Elsewhere, Best Actor will also be a hotly contended category with David Threlfall, Derek Jacobi and David Tennant in the running.

The Beast and 19 Weeks are up for more than one award, with The Beast up for Best Debut Performance and Best Use of Sound and nods for Best Single Drama and Best Actress for 19 Weeks. It's also good to see such a mix of story types represented with classics standing beside brand new works and comedies up against mystery up against serious drama, showing the medium of audio is alive and well.

The BBC Audio Drama Awards celebrate the range, originality and cut-through quality of audio drama on air and online and give recognition to the creativity of actors, writers, producers, sound designers and others who work in this genre.

The finalists will be announced on Tuesday 8th January 2019, and the winners will be revealed at a ceremony in the Radio Theatre at BBC Broadcasting House London on the evening of Sunday 3rd February 2019.

Sudha Bhuchar, My Son the Doctor
Jessie Buckley, The Effect
Mandeep Dhillon, Freezing to Death (And How to Avoid It)
Jo Martin, The Interrogation
Eve Myles, 19 Weeks
Sydney Wade, D for Dexter


Best Use of Sound