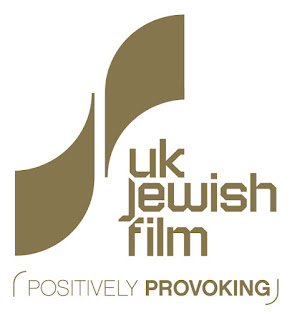 Fiddler on the Roof has been given the coveted title of Best Ever Jewish Film at the Opening Night Gala of the 22nd UK Jewish Film Festival...

In the lead-up to the festival, the public were encouraged to vote online for their favourite Jewish film, with some famous faces also getting in touch to cast their votes, such as actors Matt Lucas and Maureen Lipman and the director Gurinder Chadha.

Chadha explained her personal choice of Bar Mitzvah Boy, which didn't make it onto the top ten, saying “I loved Jack Rosenthal’s films because when I watched them growing up as a girl, the world he created for British Jews spoke to me as a British Indian in the absence of anything else remotely relevant and touching. He was culturally inspiring - clearly examining a community he cherished from the inside out - and his work certainly made a mark on my film Bend It Like Beckham.”

Jewish classics such as Schindler’s List and The Pianist were also clear front runners in the vote with some more modern classics such as Call Me By Your Name and Son of Saul also making an appearance, causing ties for 7th and 10th place respectively.

Chief Executive of UK Jewish Film, Michael Etherton said of the winning film,  “It’s incredible to discover the huge impact that ‘Fiddler on the Roof’ continues to command across the generations. Few films deal so profoundly with the Jewish experience as Fiddler. The simplicity of home life, the importance of traditions, the constant fear of antisemitism, a theme which resonates ever more strongly with audiences today. One voter summarised it beautifully as follows: ‘Because there is no question in life to which it does not provide a plausible answer’.”

BEST EVER JEWISH FILM RESULTS (with percentage of the total vote)

The definition of ‘Jewish film’ for the purpose of the vote was outlined as: any film whose content reflects or engages with, in part at least, Jewish life, themes or stories or Jewish sensibilities, language and comedy.

Votes were collected online through the UK Jewish Film Best Ever Jewish Film microsite and voting was limited to one vote per person. Total voting sample was 447.

For more information about the festival please visit: http://ukjewishfilm.org/
Email ThisBlogThis!Share to TwitterShare to Facebook