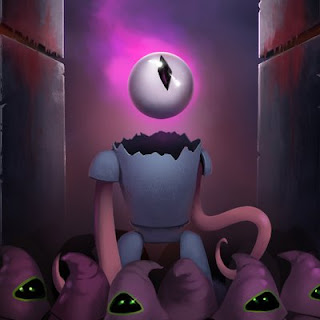 God's gift to The DreamCage, the Defective Inspector investigates the Kickstarter for God’s Gift by Seventeen Uncles...

Wanna know where I find things like this? Random chance most of the time. I don’t go LOOKING for titles to promote I merely see something I find interesting and go “hmmm”, take a closer look and decide if I should put my name to it (for what it’s worth).

God’s Gift Kickstarter also included a lovely little demo which, after only a few minutes, tickled every Lovecraftian bone in my twisted body. Throw in the fact the game is being made in the UK by a relatively new Indie games company, how could I refuse?

“God's Gift is a 2D puzzle platformer with an emphasis on forward planning, exploration and experimentation. The gameplay involves guiding mindless cultists throughout 30+ levels overcoming environmental and enemy based puzzles by mutating the cultists giving them many fantastic eldritch abilities.” 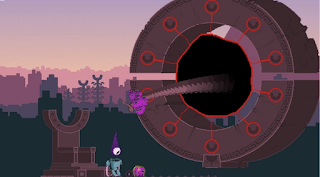 I tried out the demo, to complete the first level at least, with the intention of playing an extra hour or on on Twitch. The creatures are both putrid and beautiful, the gameplay is creative and clever, but the winner of the whole show is how natural it all feels. So many games have tried to re-create Lemmings in some shape or form with little success, but this title seems to have captured that lightening in the bottle a second time with gorgeous eldritch twist.

I know this is stupid, but want to know what I find strangely endearing? How cute the eye ball… Man… Tentacle thing is. It’s just… LOOK AT IT. I just wanna pet/stroke/slime that purple flamed forehead. I’m not even sure why! It’s a completely isolated thought but I am strongly drawn to it. Should I worry?

Get onto their Kickstarter, back them for Christmas/Black Friday/Thanks Giving/Winter Solstice, whatever. The Old Gods demand it! -pet pet pet-