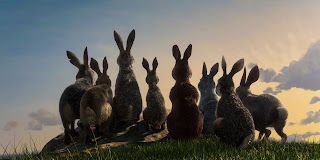 The BBC has released first-look images for their forthcoming mini-series adaptation of Watership Down...

Further star names have also been confirmed to join the previously announced Watership Down cast of Sir Ben Kingsley as General Woundwort, Freddie Fox as Captain Holly, Anne-Marie Duff as Hyzenthlay, and Miles Jupp as Blackberry. Academy award-nominated actors Daniel Kaluuya and Rosamund Pike will play Bluebell and The Black Rabbit Of Inlé respectively, with Peter Capaldi announced to join the cast as the seagull Kehaar.

Adapted for the screen by Tom Bidwell, Watership Down uses Richard Adams’ bestselling novel as its source to bring an innovative interpretation to the beloved story. Set in the idyllic rural landscape of southern England, this tale of adventure, courage and survival follows a band of rabbits on their flight from the intrusion of man and the certain destruction of their home. Led by a stout-hearted pair of brothers, they journey forth from their native Sandleford Warren through the harrowing trials posed by predators and adversaries, towards a promised land and a more perfect society. 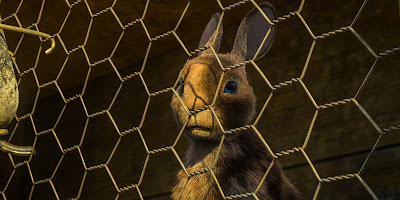 Clover (voiced by Gemma Arterton) in a hutch at Nuthanger Farm 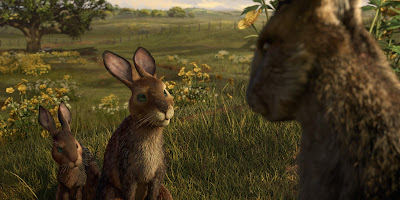 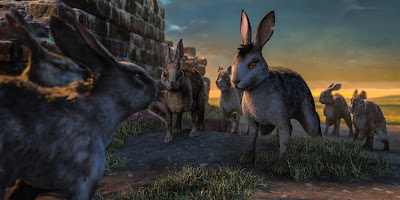 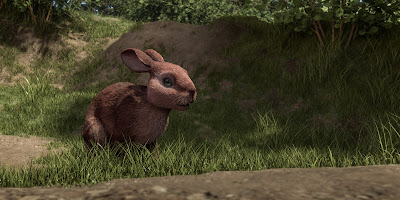 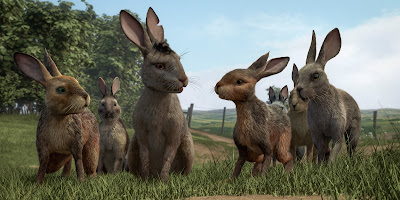 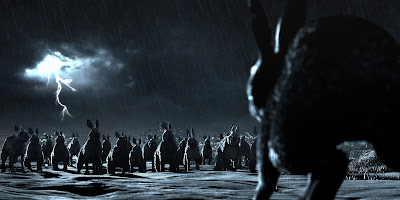 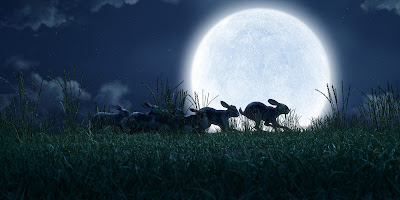 Watership Down will also feature an original song by Sam Smith. The Grammy, Brit and Academy award-winning artist was inspired by Richard Adams’ classic novel to write and record Fire On Fire, an original song that will serve as the theme to the series. Fire On Fire was co-written with Steve Mac and was recorded by Sam Smith with the BBC Concert Orchestra at London’s Abbey Road Studios in September 2018.

Sam Smith says: “I am so excited and honoured to be a part of this new adaptation of Watership Down. This story is so powerful and timeless, and it has been thrilling to work with Noam and his team and the incredible Steve Mac on this song for it. I hope everyone loves it as much as I do."

Director and Executive Producer for Biscuit Entertainment Noam Murro added “I’m blown away that Sam Smith is bringing his singular voice to our adaptation of Watership Down. With Fire On Fire he’s created a theme song that connects with the heart of this iconic story. Bringing this story to life has been a long and incredible journey made by the immensely talented and dedicated cast and crew. I can’t wait to share the full series with the world this Christmas.”

Watership Down will be shown on BBC One as two special feature length episodes this Christmas.

Executive producers are Rory Aitken, Josh Varney, Ben Pugh and Eleanor Moran for 42; Noam Murro for Biscuit Entertainment; Martin Rosen; and Ben Irving for BBC One. The series is produced and developed by 42 and Biscuit Entertainment, was commissioned by the BBC, and is a co-production between BBC One and Netflix. The mini-series is co-directed by Alan Short and Seamus Malone and produced by Georgia Dussaud and Cecil Kramer.