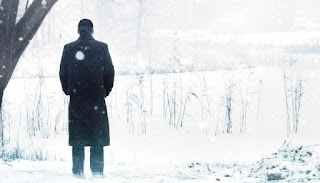 Over the last two decades Mankell’s best-selling Kurt Wallander novels have served as source material for several beloved TV series and films in Sweden as well as in the UK. The new Netflix original series Young Wallander is created by Yellow Bird UK, a Banijay Group company, and the original producer of the successful BBC series Wallander from 2008.

Erik Barmack, Vice President, Head of International Originals at Netflix, said “The Wallander novels have sold 40 million copies and been translated into over 40 different languages, while still being true and authentic to the Swedish noir that Mankell helped create. And the series created by Yellow Bird have also been fantastic global and local successes. Netflix is thrilled to continue this tradition and add new layers to the fantastic legacies that Mankell and Yellow Bird have created.”

Berna Levin, Creative Director, Yellowbird UK added “Henning Mankell’s beloved detective Kurt Wallander has a special place in our hearts as his eponymous series was the first Yellow Bird ever produced. So, it is with tremendous joy and pride that we embark on this new journey together with Netflix as our first production through Yellow Bird UK. Getting to meet Wallander as a young man and explore how the times and his new experiences will shape him to eventually become the man we already know and love is a thrilling opportunity. We are confident he will captivate new audiences and delight longstanding fans once again with his sharp intelligence, youthful enthusiasm, and unmistakable humanity.”