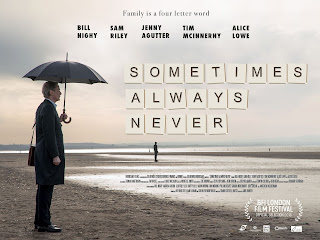 Sharp of suit and vocabulary, Bill Nighy plays deadpan Scrabble-obsessed Merseyside tailor Alan, whose eldest son Michael stormed out of the house after a particularly heated round of the popular board game, never to return. Years later, Alan and his other son Peter (Sam Riley) continue the search while trying to repair their own strained relationship.

The soundtrack to the film has been composed by world-renowned Scottish artist Edwyn Collins, including two brand new tracks created for the film.