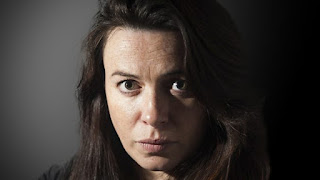 The list of finalists for the BBC Audio Drama Awards 2019 has been revealed...

The BBC Audio Drama Awards has confirmed the 2019 finalists, including a Best Actor nomination for David Threlfall (Shameless/Hot Fuzz) as Spike Milligan in Radio 4’s Spike and the Elfin Oak; Eve Myles and Sudha Bhuchar for Best Actress for their roles in 19 Weeks and My Son The Doctor (respectively); and a Best Scripted Comedy (Longform) nomination for Tim Key’s Late-Night Poetry Programme.

Elsewhere, World War I drama Tommies is nominated for Best Original Series or Serial, and the conspiracy-thriller Tracks is amongst contenders for Best Podcast or Online Audio Drama, going up against a favourite of ours, Red Moon by The Wireless Theatre Company. Irish broadcaster RTÉ’s comedy play, Wrapped, is nominated for Best European Drama - one of two new categories for 2019, the other being Best Director.

The winners will be announced at a ceremony in the Radio Theatre at BBC Broadcasting House, London on the evening of Sunday 3 February 2019, presented by Tracy-Ann Oberman. 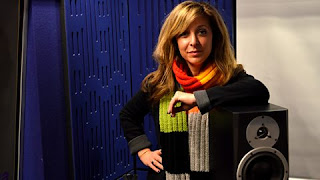 The Audio Drama Awards recognise the cultural significance, range and originality of audio drama, on air as well as online, and credit the creativity of the actors, writers, producers, sound designers and others who work within the field. The awards highlight the popularity of audio drama, with the BBC - the biggest commissioner on a global level - best placed to celebrate the medium.

The BBC Audio Drama Awards cover audio dramas first broadcast in English in the UK between 1st October 2017 and 31st October 2018 - or first uploaded/published for free listening online from the UK during the same period. Entries were welcome from all makers of audio drama, and were not restricted to BBC broadcasts. Each programme producer could enter up to four categories (one entry only per category) but the audio drama had to be submitted exactly as broadcast or uploaded. There was no entry fee.


Best Use of Sound


Imison Award Finalists (chosen by the Society of Authors)


Tinniswood Award Finalists ( chosen by the Society of Authors and the Writers’ Guild.)