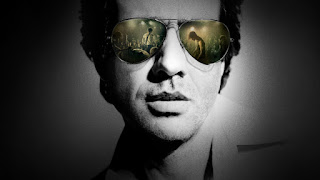 Susan Omand heads back to the solid gold sounds of the seventies to remember a Scorsese-helmed TV series, Vinyl...

You know when all these “what’s your favourite” questions come on social media (which I usually ignore anyway because, in my paranoid mind, “favourite” anything lists on the interweb are often phishing for password ideas… but I digress.) Anyway, I usually say that I don’t have a favourite TV show, and this used to be true – instead I had many favourites, which changed regularly depending on time/place etc. I loved The West Wing. I loved The Sopranos. I loved Babylon 5. I loved DS9. I loved Buffy the Vampire Slayer and many more. But, in 2016, a short-lived, ten episode, single season TV series from HBO changed all that: Vinyl. Created by Martin Scorsese and Mick Jagger, I can tell you now that Vinyl is my favourite ever TV series.

In 1970s New York, a jaded record exec, Richie Fenestra, tries to resurrect his failing label and fractured personal life while keeping his finger on the pulse of the city's new sound.

That synopsis doesn’t begin to do justice to a drama series that just captured the contrasts, the highs and lows, the dark and the even darker of the US music scene in the 1970s. This showed the grit alongside the glamour, the damage that goes along with the debauchery, the lowlifes needed to keep the high life going. And, like the characters onscreen, I was addicted. There are, I think, several reasons for this.

The look: Scorsese directed the pilot episode himself and was an exec producer throughout the whole of the season and his expert eye shows. The cinematography was absolutely beautiful, the sets fantastic, the atmosphere electric. Whether it was the record company offices, the fancy houses of the mob, the seedy New York bedsits or the underground music venues, it just buzzed and made you want to be there.

The writing: With Terence Winter (who wrote the screenplay of Wolf of Wall Street and wrote & produced for The Sopranos and created Boardwalk Empire) as a showrunner and episode writers pulled from both journalistic and dramatic backgrounds, including writers who had worked on The West Wing, The Sopranos and Breaking Bad, the writing walked the incredibly thin line between glorifying and vilifying the extravagance, the violence, the criminality and the downright seamy side of back-biting business. It also picked up on real-life events at the time and knitted them seamlessly into the plot, adding to the realism, like the collapse of the Mercer Arts Center building in New York. But the show also showed the flip-side of all that excess, the drink, the drugs, the work, in the effect the lifestyle had on the main character, his personal life and family, as well as all those connected with the business. All the characters were superbly rounded out, with even the smaller roles having a huge contribution to make to the success of the series. Talking of which… 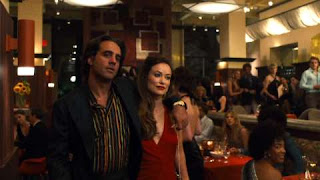 The casting: Whoever did the casting deserves every accolade – it was PERFECT. I mean, yeah. OK, I know I will watch anything that Bobby Cannavale does, I adore his work, but he was just born to the role of high-powered record executive Richie Fenestra. From the fizzing highs of the high-pressure, decadent work lifestyle to the panicked despair of the isolated broken family man, I bought into Cannavale’s portrayal completely. He lived and breathed the part, he was mesmerising. One man doth not a series carry though, and casting Olivia Wilde as his model turned photographer wife Devon was absolutely inspired. She held the confidence of being one of Warhol’s factory and the vulnerability of a fracturing lonely marriage and the determination of not letting the bastards win – it was a glorious performance to watch. But, to be honest, there wasn’t a bad performance in the whole cast. With established names like Ray Romano and Eto Essandoh alongside a new generation of acting talent like Juno Temple, Jack Quaid and James Jagger, as an ensemble I can’t think of how they could have been bettered.

But the main thing about the series for me was the music and the industry itself. Covering everything from rock to disco to glam to punk, the music was key to every single episode and the live performances, although sometimes (deliberately) iffily cast (Mick Jagger was not a Led Zeppelin fan…), were believable enough that your mind filled in the blanks and created the on-stage gigs as they needed to be. It’s so easy, again, to see Scorsese’s hand in this as each track used, both in the soundtrack as well as in the on-screen stage gigs, perfectly suited the situation. HBO also cottoned on to the importance of the music early on and released an EP playlist for every episode as part of the marketing and, boy, did it work to create the hype to keep people like me hooked. However, it didn’t hook enough people it seems.

In some ways, it’s a real pity that the show was eventually cancelled after only one season, despite the fact that a season 2 renewal had been announced just after the pilot aired, as I would have loved to have seen how the story and the characters developed as the years went on. But in other ways, it is just perfect as it is; a single fading snapshot of a time, a place, a sound, a feeling, a connection, a lifestyle that, god dammit, I wanted so badly for myself.