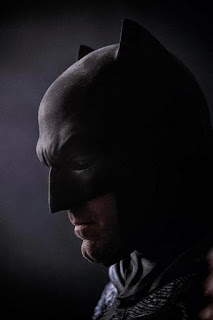 Our own dark knight David Ames has given himself the task of casting a new Batfamily for the rebooted Batman movie universe. In this, the last of his three articles, he rounds out his casting calls with the rest of the extended family...

Catch up with Tuesday's look at the current DCEU and yesterday's casting here.

Batwoman first appeared during the Silver Age of comics and her character was basically Batman but with a purse. Her weapons were normal feminine things like lipstick or other cosmetics but they doubled as weapons. I much prefer the newer iteration of the character, Greg Rucka and J.H. Williams’ version to be exact. She is darker and much more of a mystery to the rest of the Bat Family. She is also one of the few LGBTQ characters in the Bat Family, but it doesn’t feel forced. DC went for inclusion naturally with this character and it shows in the amazing character development Batwoman experiences. I absolutely love the choice of Ruby Rose as Batwoman but as I said earlier in the week, I am going to recast everyone to be fair. For Batwoman I wanted someone who had a crazy amount of range as Batwoman has complex relationships with friends, lovers, family, and co-workers. She must be able to play all roles well and deliver lines with both control, power, and sensitivity, so someone with a large range is greatly needed. While my choice doesn’t have red hair, I think that with some work on the look Evan Rachel Wood would be incredible in this role. From a young age Wood has shown serious acting prowess and her roles are incredible unique. Watch her performances in Thirteen, True Blood, Across the Universe, Westworld, The Wrestler, and Allure to see the vast difference in all of her performances. Wood could easily nail this role. Lucius Fox is an integral part of the Bat universe, especially since the Christopher Nolan movies, where he became much more well known. He is the CEO and president of Wayne Industries but is also a very accomplished inventor and businessman in his own right. To play Fox, we would need a well-respected actor who makes everything he does seem interesting. Morgan Freeman is the perfect casting but since he has already been chosen, I think I know the second best choice, and honestly one of the best choices for any role ever: Idris Elba. As an actor, no one can deny how good at basically everything Elba seems to be. His range is huge, playing in shows like Luther and The Wire, but also in movies like Thor, Prometheus, and his unbelievable performance in Beasts of No Nation (for which he should have won an Oscar). The owners of James Bond have decided to be wrong and not cast him because he is “too urban” (yeah, we know what that means, you ass), but I think he is, or at least was, the best choice for Bond as well. For my money, I think Elba is the perfect casting for Lucius Fox and my cast for his son Luke (below) would look great as his son. Batwing is arguably the newest addition to the Bat Family, having been created by Grant Morrison in 2011 for his Batman Incorporated series. He was to be the Batman of Africa. The first person to wear the suit was David Zavimbe, a police officer in the Democratic Republic of the Congo. After Batwing #19, Zavimbe gives up the role as Batwing. Lucius Fox’s son Luke is given the suit by Batman and takes over that role. His suit is the most advanced of the Bat Family, containing weapons, gadgets, wings, regeneration abilities, and armor. He has also been trained with nearly every weapon and was personally trained in police procedure and investigation by Bruce Wayne. Luke is incredibly intelligent, having received two degrees from MIT. The character to play Luke Fox/Batwing would need to be imposing physically, as Fox was a MMA and cage figher as well as an accomplished boxer. He is powerful is large, but also has an intellect and sense of humor which will need to be portrayed as well. For my money, there is only one choice and it is Winston Duke. His performances in Black Panther and Avengers: Infinity War alone make him my number one but if the trailers for Us are any indication, he can do everything. 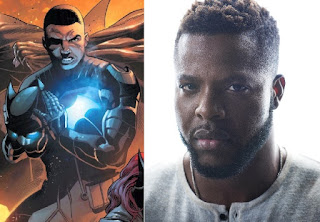 As a side character in a much larger arc, Talon is the moniker taken by any number of assassins for the court of owls. The Talon I am referring to is Calvin Rose, who received his own standalone book during the New 52. He was abused heavily by his father as a child but when he ran away from home, he was taken in by an older man working as an escape artist for Haley’s Circus. By the age of nine, Rose could pick any lock and in the ensuing years became an incredibly skilled escape artist in his own right. After a very special performance, he is taken in by the Court of Owls and becomes their assassin. Eventually he breaks free of their control and joins Batman, Incorporated. He can reanimate dead tissue and is an incredible fighter as well as escape artist. He is also immune to pain and because of what the court did to him, he is nearly immortal. He is smart, resourceful, and intense but harbors some serious issues because of what he went through with the court. The actor would need to be skilled enough to touch on all these factors. He must be emotionally open but at the same time intimidating. He must be physically impressive but not bulking and huge. For this role I have chosen Matt Bomer, who has shown what he is capable of in White Collar, The Nice Guys, The Magnificent Seven, and American Horror Story. He would be a great addition to this cast and bring some serious humanity to the role of Talon. 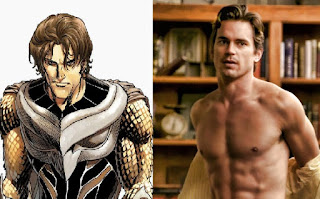 Created in 2012 by Scott Snyder and Greg Capullo, Harper Row was a small character appearing in backup issues of Batman, who eventually became Bluebird. She is first shown as a city worker who discovers Batman’s tech in the sewers and helps to make it better. Although she is continually confronted by Batman about stopping, she doesn’t and eventually helps to bring Batman out of a pretty dark place. She finally becomes Bluebird when helping Red Robin, Batgirl, and Red Hood to rescue her brother. She is a fiercely loyal and passionate young woman who has had to raise her brother after her mother’s death and her father’s incarceration. She has a very unique look, with colorful hair and an even more colorful attitude. The actress would need to be funny and intelligent but above all, exude a sense of attitude and snark. As soon as I knew I wanted to do this fan casting, I thought of this performer for Harper Row. She has shown the perfect attitude as Negasonic Teenage Warhead in Deadpool and Deadpool 2, but has also shown her chops in First Girl I Ever Loved. Brianna Hildebrand is the first and only person I think of when I think of Harper Row. 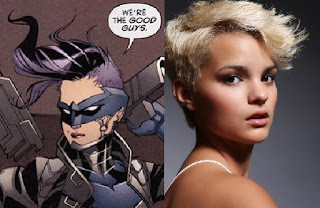 Commissioner James Gordon is Batman’s longest running relationship next to Alfred. He is the police commissioner of Gotham City and is usually shown to have a respectful yet occasionally tense relationship with the dark knight. He doesn’t always approve of Batman’s methods but knows that the city and even the police force need the dark knight to survive. He is smart and charismatic as well as brave beyond measure. He is unaware of his daughter’s role as Batgirl. To play commissioner Gordon, the actor would need to command a certain respect in both action and voice. The two most recent iterations, Gary Oldman and J.K. Simmons, are amazing and those actors are so hard to replace. For my money, I think that Bryan Cranston would be incredible. He commands respect as an actor, and we know he can play serious from his turns in Breaking Bad and the Infiltrator but has also shown his range in things like Malcolm in the Middle. Godzilla, and Argo. He has the intensity factor but can still play insecure and weak when needed. Bryan Cranston would kill this role. Also, he looks pretty badass in a moustache. To round out this fan casting, I think we need to make sure that we include at least one more from the Gotham Police Department. Harvey Bullock is the second most well-known member of the force, behind Gordon, and has made numerous appearances in all forms Batman media. Bullock is a hard-nosed, somewhat foul-mouthed detective, but a good worker and someone that Gordon knows he can trust. He was originally written as a crooked cop but turns over a new lead and becomes someone that Gordon can lean on to get things done. He has a closer relationship to Robin because of their love of old cinema classics. He is gruff and sarcastic but resourceful in that classic detective way. The actor needs to first off, have the right build. Bullock should not be cut and trim. He is a bigger guy, a classic NYPD style cop, complete with attitude and accent. For this role, I chose someone who can do both comedy and drama, has the build and attitude, and can even pull off the accent. Dan Fogler, usually a comedic actor in movies like Balls of Fury and Fanboys, has shown tremendous range in his role in Fantastic Beasts and Where to Find Them. He looks the part and I think he can definitely be a convincing Harvey Bullock. 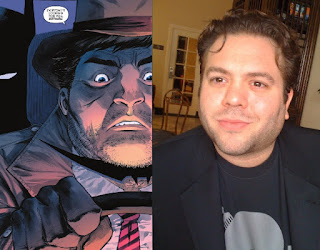