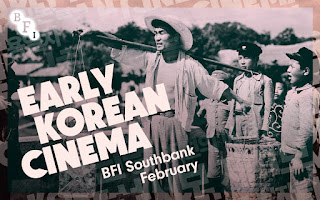 It was once assumed that all pre-1945 Korean cinema had vanished from existence, but in the 2000s a series of remarkable archival discoveries revealed a diverse treasure trove of melodramas, propaganda films and newsreels from the colonial period. Thanks to the restoration work of the Korean Film Archive, they can now be presented for the first time in the UK. Here you can learn about the stars, directors and politics of this complex and controversial period in Korean history – a time when the nation was under Japanese occupation. However, rejecting these products as nothing more than colonial propaganda refuses to acknowledge the skills, desires and ambitions of the Korean filmmakers behind them. These are unique creations that, despite their background, are the very origins of contemporary Korean cinema. 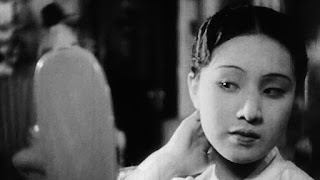 The season opens at BFI Southbank on 7th February with Korea’s oldest surviving film Crossroads of Youth 청춘의 십자로 (Ahn Jong-hwa, 1934). Audiences will have the opportunity to experience this tale of love, desire, betrayal and revenge on the streets of Seoul as it was first premiered in 1934, with live performances from musicians, a narrator and actors, bringing the work to life. The majority of the films programmed were made under Japanese occupation (1910 to 1945), and so are products of a complicated and difficult period in Korean history, however, to just reject these films as nothing more than colonial propaganda would be to dismiss the skills, desires and ambitions of the Korean filmmakers. These include Military Train 군용열차 (Suh Kwang-je, 1938), Volunteer 지원병 (Anh Seok-young, 1941), Patriots Day in Joseon 조선의 애국일 (Unknown, 1940), Japanese Chronicles 일본실록 (Unknown, C.1943) Jose on News No. 11. 조선시보 제11 (Unknown, C.1943) and Tuition 수업료 (Choi In-gyu and Bang Han-joon, 1940). 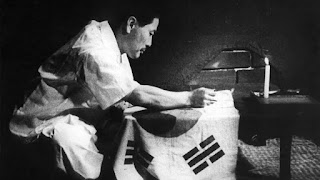 The season closes on 28th February with the most recent film in the programme, which celebrates Korean independence in 1945 and was the first film made after Japan’s defeat. Hurrah! For freedom 자유만세 (Choi In-gyu, 1946) charts the life and death battle that Korean freedom fighters faced under Japanese occupation. Directed by Choi In-gyu who had previously made colonial propaganda films, Hurrah! For Freedom shows the complex personal and artistic decisions people had to make under colonial occupation.

The season is co-curated by University of Sheffield Senior Lecturer Kate Taylor-Jones and KCCUK’s Film Curator Hyun Jin Cho and will include a diverse treasure trove of melodramas, propaganda films and newsreels from the colonial period as well as giving audiences the opportunity to learn about the stars, the directors and the politics of this complex and controversial time in Korean history.