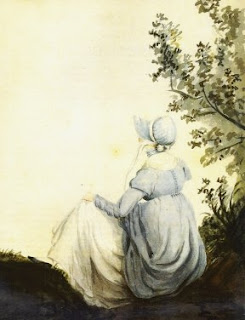 Filming has begun in Bristol of a new TV adaptation of Jane Austen's unfinished work, Sanditon...

The period drama, adapted by screenwriter Andrew Davies, will see Austen’s original 11-chapter fragment brought to life as an eight-part series for ITV and MASTERPIECE.

Written only months before Austen’s death in 1817, Sanditon tells the story of the joyously impulsive, spirited and unconventional Charlotte Heywood (Rose Williams) and her spiky relationship with the humorous, charming (and slightly wild!) Sidney Parker (Theo James). When a chance accident transports her from her rural hometown of Willingden to the would-be coastal resort of the eponymous title, it exposes Charlotte to the intrigues and dalliances of a seaside town on the make, and the characters whose fortunes depend on its commercial success. The twists and turns of the plot, which takes viewers from the West Indies to the rotting alleys of London, exposes the hidden agendas of each character and sees Charlotte discover herself and ultimately find love.

Rose Williams will star as Charlotte. Excited by the promise of adventure that Sanditon offers, Charlotte is a young woman of enormous energy who builds a reputation as an integral part of the new town. Open and optimistic in spirit, she’s excited by the changes the nineteenth century promises and she’s ready for a new life; she’s a truly modern Austen heroine. Confident in her opinions but unfamiliar with the rules of high society, Charlotte’s self-assurance is knocked when she meets Sidney. Will Sanditon give her somewhere, and someone, to love?

Rose Williams said “I am absolutely thrilled to be playing Charlotte Heywood. This role is such a blessing. She's a brilliant character- modern, headstrong, with heart and a voice. Andrew's scripts are so beautifully written and wonderfully full of powerful female characters. I can't wait to start filming soon with the wonderful cast and creative team on Sanditon.”

Theo James plays Sidney, a man never the same from one moment to the next. Unpredictable, roguish and restless - seemingly never settling in one place for very long – self-made man Sidney finds his responsibilities to his family in Sanditon somewhat tiresome. And yet his cynicism masks a sensitive soul wounded by a broken heart that has never fully healed. In the company of Charlotte, Sidney must rediscover who he is and crucially, learn to trust again.

Anne Reid will play the deliciously direct Lady Denham. Two husbands dead and gone, Lady Denham received money from the first and a title from the second and expects to be treated with a great deal of deference. Notoriously tight-fisted, she seems to delight in the power that she wields over the town, particularly those waiting to cash in from her death.

Playing the head of the Parker family, Kris Marshall stars as Tom Parker, an enthusiastic and happily married man with a vision of putting Sanditon on the map. Full of energy and charm, Tom’s a risk-taker although his unbending belief in his venture could see his obsession land him in trouble.

Andrew Davies, creator and screenwriter said: “Jane Austen managed to write only a fragment of her last novel before she died - but what a fragment! Sanditon tells the story of the transformation of a sleepy fishing village into a fashionable seaside resort, with a spirited young heroine, a couple of entrepreneurial brothers, some dodgy financial dealings, a West Indian heiress, and quite a bit of nude bathing. It's been a privilege and a thrill for me to develop Sanditon into a TV drama for a modern audience.”

Sanditon is a Red Planet Pictures production commissioned for ITV by Polly Hill and MASTERPIECE by Rebecca Eaton. Created by Jane Austen, it is written and executive produced by Andrew Davies with Belinda Campbell as Executive Producer for Red Planet Pictures and Rebecca Eaton as Executive Producer for MASTERPIECE. Series producer is Georgina Lowe and directed by Olly Blackburn. BBC Studios is distributing the series internationally.