Documentary - The Accountant of Auschwitz 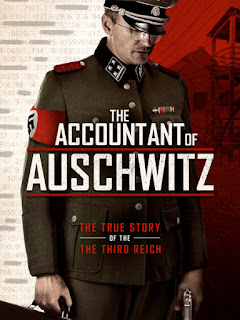 Signature Entertainment present the “True Story of the Third Reich” in The Accountant of Auschwitz on DVD and Digital from 15th April. Watch the trailer...

The documentary follows 94-year-old former German SS officer Oskar Gröning, nicknamed “The Accountant of Auschwitz”, as he goes on trial in his home country, charged with complicity in the murder of 300,000 Jews at Auschwitz in 1944. The frail old man will make headlines around the world as takes the stand to face his former victims.

Out of the 6,500 SS guards at Auschwitz, only 49 were prosecuted in West Germany. After the war, the country wanted to forget the past and move on. Many of the lawyers and judges writing the new legal code were themselves former Nazis.

Now, 70 years later, a new generation of lawyers armed with a change in legal thinking opened-up a new wave of investigations against ageing Nazi guards. Most have perished, but not Gröning, who at age 21, collected the stolen loot of prisoners as they were carted off trains at Auschwitz.

The Accountant of Auschwitz is a race against time to prosecute the last living Nazi war criminal before it’s too late. Bringing war criminals to justice asks fundamental moral question. From Nuremberg to the modern alt-right, the film constructs a stark reminder that those who forget history are doomed to repeat it.