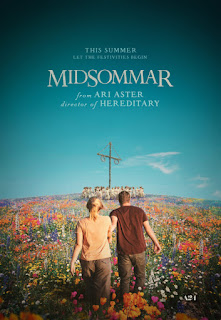 “You can’t speak, you can’t move. But this opens you up to the influence. And it breaks down your defences. Trust me. You’re gonna love it.”

No it's not a film version of Midsomer Murders!

But that's really all we know about the actual story of the film other than it's about a couple who to their friend’s Swedish countryside hometown for a mid-summer festival and encounter a pagan cult. The trailer certainly has elements of Wickerman with added flower-crowns.

Written and directed by Hereditary director  Ari Aster, the film stars Florence Pugh, Jack Reynor, William Jackson Harper, and Will Poulter and is due to hit cinemas on 16th August.