Women Behind the Screens - Introduction 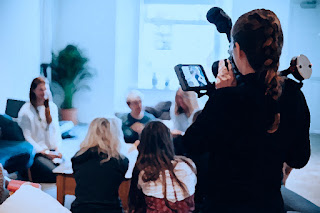 Susan Omand introduces our latest theme day by asking a lot of questions and quoting a lot of numbers...

We’re all used to seeing well known actresses on our screens, both big and small, but what about the women behind the scenes?

Did you know that only five women have ever been nominated for the Academy Award for Best Director (Lina Wertmüller, Jane Campion, Sofia Coppola, Kathryn Bigelow and Greta Gerwig) with Kathryn Bigelow being the only female winner, since the award was introduced in 1927?

Or that the film Mudbound, in 2018, saw the first female, Rachel Morrison, nominated for an Academy Award in cinematography?

And did you know that, even though they pride themselves in championing female talent, BAFTA fares little better with, again, Kathryn Bigelow being the lone female winner of their Best Film Director award so far and only four females even nominated for the award, with Film Cinematography having an even poorer showing, with no nominations yet for a female?

Why is that? Why are awards for females in film and TV so scarce? Let’s look at the film stats themselves.

So the awards maybe aren't coming for women in film because there aren't the numbers yet of women getting work in films to be eligible to get the awards in the first place.

TV is slightly better represented, with women comprising around 27% of all creators, directors, writers, producers, executive producers, editors, and directors of photography currently working on broadcast network, cable, and streaming programmes. But it’s still nowhere near the average audience gender split of roughly 50/50.

So why am I telling you this (apart from to show off that I found another stats page)?

March has been Women’s History Month and we wanted to celebrate that by looking at some of the women involved in those behind the scenes roles, both in the past and now. The women who make things happen to get those films and TV shows into our cinemas and our homes.

Welcome to The Women Behind the Screens.

Photo by Vanilla Bear Films on Unsplash
Email ThisBlogThis!Share to TwitterShare to Facebook