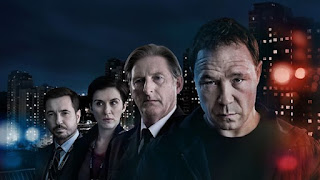 Series 5 of Line of Duty kicked off in spectacular style last night and the BBC have released a short Q&A with the show's creator, Jed Mercurio...

When three police officers are shot dead during the hijack of a seized drugs transport, AC-12 move in to investigate possible police collusion.

As the body count rises, AC-12 realise they’re facing their most vicious adversary yet. 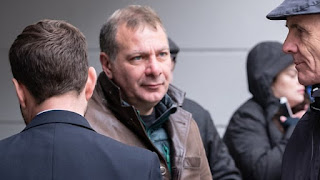 Where did the idea for Line of Duty come from?

I wanted to do a cop show that was different in some way from what was on normal television in terms of regular cops chasing down criminals; so I had the idea of an anti-corruption unit, basically cops verses cops and that became the central concept of the series.

Did you know where you wanted the story to go for series five?

In series five we enter new territory, because we get inside a criminal gang which is something we haven’t done before. The so called ‘balaclava men’, the organised criminal group who’ve been featured on and off through the preceding four seasons, are now featured more prominently in this series.

What about the choice of central character?

Our antagonist this season or our guest lead is John Corbett who is part of the organised criminal group that is the focus of AC-12 activity in series five. He’s played by Stephen Graham who is a fantastic actor and someone that we’ve all wanted to work with and is a great fit with the rest of our cast. 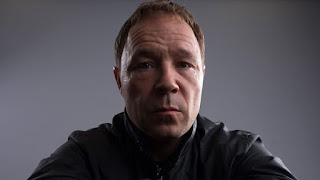 How would you describe his character?

John Corbett is probably our most dangerous and villainous character that we’ve ever featured as an antagonist. He’s involved in serious criminal offences, he’s the leader of a ruthless gang of violent criminals and I would say that he presents probably the biggest ever challenge to AC-12.

It was an absolute pleasure working with Stephen Graham. I’ve admired his work for many years, and what he brings is that real sense of authenticity. He works incredibly hard on the naturalism of the scenes so that when you do a take it feels like its live, feels like it is real.

What can we expect from this new series?

In this series of Line of Duty we enter brand new territory, what we see is criminal activity on a large scale and we’re actually inside the planning and execution of that. So rather than the aftermath being investigated by AC-12, we are actually with the criminals as they commit their offences. That means that there is high jeopardy and big action sequences, in fact probably more action sequences over the first few episodes of the series than were ever done before.