Opening with the European Premiere of Ninian Doff’s Boyz in the Wood,featuring a star-studded Scottish cast, this year’s programme will showcase some of the very best films and exclusive events from across the country. Scottish talent in attendance this year include Shauna Macdonald, Jack Lowden, Angus Macfadyen, Peter Mullan, Mark Cousins and many more!

The Festival programme will showcase a host of features filmed and set in Scotland including Balance, Not Symmetry by Jamie Adams, this year’s People’s Gala at Festival Theatre Edinburgh on Sunday 23rd June, supported by Accenture. This beautiful, cinematic tribute to art, music and Scotland, in particular Glasgow, was made in conjunction with popular Scottish band Biffy Clyro ['mon the Biffy - Ed] who worked on both the storyline and the score. As well as Tamsin Egerton and Lily Newmark, the film features a wonderful cast of Scottish actors including Kate Dickie, Shauna Macdonald and Freya Mavor. 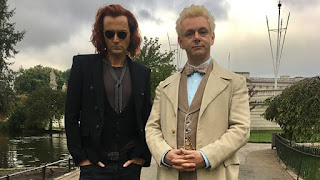 EIFF will also present an exclusive opportunity to see TV series Good Omens on the big screen this year: a stunning new adaptation of the bestselling fantasy novel by Terry Pratchett and Neil Gaiman, directed by Scotland’s very own Douglas Mackinnon (Doctor Who, Sherlock, Line of Duty, Knightfall). This epic tale of an angel (Michael Sheen) and a demon (David Tennant) joining forces to save the world boasts a truly stellar cast and music by the brilliant David Arnold (Casino Royale). Good Omens will launch worldwide on Amazon Prime Video on 31st May and on BBC 2 in the UK later this year. EIFF audiences will have a chance to see all six episodes on the big screen on Saturday 29th June, with special guests expected to attend. 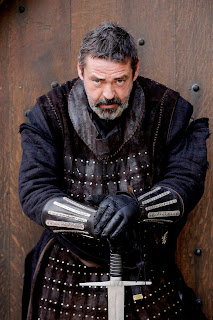 In addition, celebrated Scottish actor Brian Cox will star alongside Blythe Danner in the powerful and atmospheric thriller Strange But True and Scottish-born producer Sophia Shek brings comedy drama Go Back to China to this year’s Festival. Directed by Emily Ting, the film tells the story of Sasha Li, a spoiled rich kid whose father decides to teach her a lesson.

Scottish actor and activist Tam Dean Burn will join other guests in a special event before the screening of Best Before Death in which Irish filmmaker Paul Duane follows artist and musician Bill Drummond over a two-year period during his ambitious 12-year world tour. 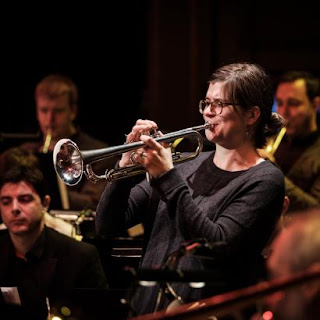 Staying with musical connections, world-renowned jazz saxophonist Tommy Smith OBE will perform a very special concert with the Scottish National Jazz Orchestra at Edinburgh’s Queen’s Hall on Friday 28th June. To coincide with this year’s Focus on Spain, Tommy and the SNJO will present Miles Davis’ Sketches of Spain, with a special performance by award-winning trumpeter Laura Jurd in the Miles Davis role. Meanwhile, Peter Mullan will join Scottish composer Craig Armstrong to take part in a conversation entitled The Magic of Collaborations: Craig Armstrong & Peter Mullan. Since meeting at Glasgow’s Tron Theatre in the early days of their careers, Craig Armstrong and Peter Mullan have established a creative screen partnership that spans over 30 years beginning with Peter’s directorial debut, The Close Trilogy, their collaborations include Orphans, The Magdalene Sisters and Neds.

A number of very special guests will also grace the Festival this year in EIFF’s In Person strand of on-stage interviews, supported by Johnston Carmichael. Fresh from her hugely successful stint on The Walking Dead, Scottish writer, actor and director, Pollyanna McIntosh will be the on-stage subject of a special In Person event and will also present her directorial debut Darlin’ in which she also stars. Another special In Person event will feature award-winning actor and producer Jack Lowden who appeared in Calibre, winner of last year’s Michael Powell Award for Best British Feature Film at EIFF 2018.

In addition, Jack Lowden will be taking part in BAFTA Scotland Career Close-Up: Preparing for Screen Auditions alongside another Scottish actor, Shauna Macdonald to discuss how they prepare for auditions as part of BAFTA Scotland at EIFF Youth. This event will be open to anyone aged 15-25.

Honorary patron Mark Cousins will present a special introduction to Varda by Agnès, the final film made by the pioneering French filmmaker Agnès Varda. The Festival will also screen a number of her other titles across a retrospective strand entitled The Features of Agnès. 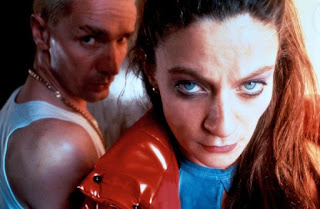 The Festival’s various short film programmes include some of the latest Scottish Shorts from the Scottish Film Talent Network (SFTN), and a strand entitled Phenomenal Women curated by the Scottish Documentary Institute (SDI), which this year celebrates its 15th anniversary with a special programme of documentaries curated for the Festival by SDI Director Noe Mendelle. In addition, the EIFF Youth New Visions Short Film Competition will return in 2019 to celebrate the best in young film making talent from across Scotland. The 90-minute showcase of short films carefully selected by the Youth Advisory Group promises to be both entertaining and inspirational. These filmmakers will compete for one of two New Visions Awards, to be announced on Sunday 30th June.

CineCuisine, the Festival’s culinary cinema strand will feature the documentary Chef’s Diaries: Scotland which follows world-famous Spanish chefs the Roca Brothers on their successful quest to find the best food that Scotland can offer for use in their Michelin starred restaurant El Celler de Can Roca. The strand also includes a documentary about Scotland’s most famous national drink: The Amber Light unpicks whisky mythology, following the evolution of spirits from medicine to social lubricant and offers an offbeat, informative and amusing look at the amber nectar. Join spirits writer Dave Broom on his quest to discover all there is to know about his national drink, including its historical links to literature and music. The development of Scottish food and drink will also be discussed in a fun, informal event called Food for Thought, a panel discussion chaired by Fiona Richmond, Head of Regional Food, Scotland Food & Drink, which will include an exciting tasting session of locally sourced Scottish produce and creative twists on classic recipes specially prepared by the world-renowned Edinburgh School of Food & Wine.

For more information on this year’s Festival visit www.edfilmfest.org.uk.
Email ThisBlogThis!Share to TwitterShare to Facebook