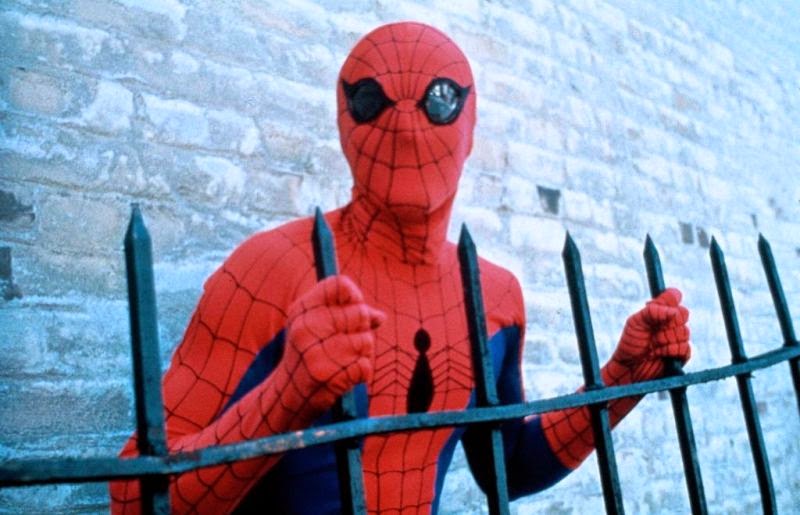 
Everyone who has ever watched a show or film where more than one person has played the main character, has his or her favourites. Whether it's Tom Baker or David Tennant as Doctor Who, Michael Keaton or Christian Bale as Batman, you all have a soft spot for one or the other.

Debate rages on social networks over whose opinion is more valid, and to be honest I love it! But we are celebrating the creations of spider related characters so it's Spider-Man on screen I wish to discuss.

I love all incarnations of the webbed one. The cartoons through the years, Tobey Maguire's three stints from 2002 until 2007 under the watchful eye of Director Sam Raimi, and in 2012 Marc Webb brought a more mature looking version to the big screen. The Amazing Spider-Man, with Andrew Garfield in the title role, was a mixture of Raimi's comic sensibilities with a Nolan-Esque darkness, and certainly rebooted the character for a whole new generation. But a definitive Spider-Man? Well, for me, it will always be Nicholas Hammond.

Whilst I was alive in 1977, when the television show first aired, it wasn't until I moved to Germany in the mid 1980's that I finally saw it on British Forces Television. It was already 7 or 8 years old by then, but held up well in the viewing stakes with Airwolf, The A-Team and the like plus, when you're under 10, you don't really understand what cheesy is.

The Amazing Spider-Man ran for two seasons, although very short ones, and Stan Lee was the script consultant for all 14 episodes, writing 2 himself. The show to me has the same charm as The Incredible Hulk had and for a child not well versed in comics (being virtually impossible to get hold of on a RAF camp in the 1980's) it was a great introduction to characters I wouldn't normally have come across.

Whether it was Hammond's casting and input, or CBS executives pressuring writers, I don't know, but what we ended up with was a mature and grounded Peter Parker. There was no Uncle Ben murder to turn Parker into Spidey, he just sort of was. This wasn't the only change from the comics either, The regular villains of the page, Doctor Octopus, The Lizard et al, were replaced with more realistic baddies. Yes the 1970's didn't have the greatest technology so, instead of the CGI type shows you get nowadays, the producers and writers concentrated on Peter Parker's moral dilemmas and kept the evil characters simple. Leaders of a mind control cult, various thieves, terrorists, evil clones, and even the Triads replaced more comic fan boy nemesis like Green Goblin. 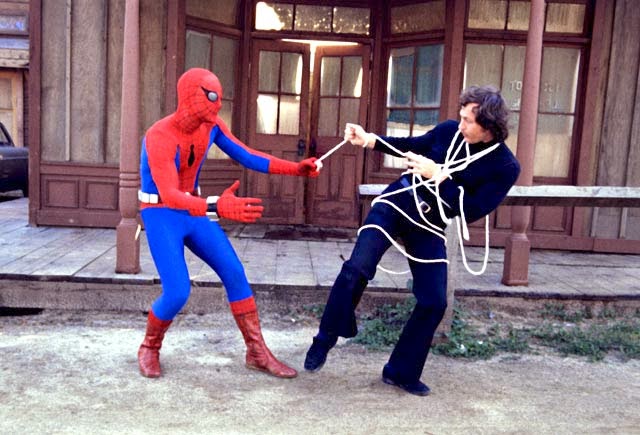 Hammond's Spider-Man led to Die Hard! Okay that's not strictly true, but in 1978's The Captive Tower, the show runs like John McLane in Spandex!

As well as grounding Spider-Man in reality for cost and technology sakes, we garnered a more believable show. A really family orientated entertainment show. The demise unfortunately came though, with American Network CBS deciding they didn't want to be known as the Super-Hero channel, and both The Amazing Spider-Man and Wonder Woman were lost to the corporate bin.

Watching back now, some of it is dated. The two-part finale The Chinese Web, about the secrets of Chairman Mao being sold, is very Cold War and probably wouldn't get anywhere near an episode in these modern times, but back then? Great story. The pilot episode was a TV film and was incredible and all 14 episodes offered something new. The multi-part stories flowed well, and even now the scripts stand up against any other of the present era of superhero shows.

But it was Nicholas Hammond and THAT costume that take the plaudits. He played Peter Parker with a lot more maturity than Maguire, but still had that cheeky photographer thing going for him.

The costume you might think would be the cheesiest part of the show in retrospect, but it really hasn't changed that much over the years. In my humble opinion the 1970's Spider-Man costume has less difference to Maguire's 02 version than the Garfield one has to Maguire's.

The whole show is stamped with Stan Lee's presence and, surprisingly, Stan Lee came out later and criticised the show, more than likely for the backlash from the comic fans fed up with non-canon characters, but for a non reader of comics like me the show was superb and really should be watched again by any fan of Spider-Man.