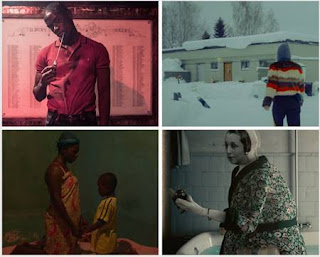 Edinburgh International Film Festival (EIFF) has announced the Award Winners for this year...

One hundred and twenty one new features, including 18 world premieres from 42 countries across the globe screened at this year’s Festival, with the jurors viewing an extensive and varied selection of shorts, documentaries and features from across the Festival programme.

Commenting on the incredibly high standard of the programme at this year’s Festival and the outstanding quality of the films they were judging, the juries stressed that they had some tough decisions to make in choosing one winner in each category.

Edinburgh International Film Festival’s popular Best of the Fest programme will also return this year, featuring a selection of the Festival’s most sought-after films including Astronaut, Loopers: The Caddie’s Long Walk, Farming, Balance, Not Symmetry, Scheme Birds, I See You, Ode to Joy, The Amber Light, The Dead Don’t Die, Carmilla, The Emperor of Paris, Varda by Agnès, Boyz in the Wood and Aniara. All films will screen at select times on Sunday 30th June with tickets costing £5.

A free screening of all six-episodes of Good Omens, which launched worldwide on Amazon Prime Video on 31st May and will be on BBC 2 in the UK later this year, and which also features in this year’s Best of the Fest line-up, will also screen on Sunday.

Here's the list of award winners so far this year. 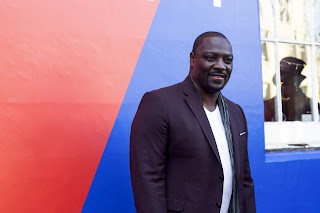 The winner of the prestigious Michael Powell Award for Best British Feature Film, which honours imagination and creativity in British filmmaking, went to British filmmaker Adewale Akinnuoye-Agbaje for his directorial debut Farming, which received its UK Premiere at the Festival.

The winner was chosen by the Michael Powell Jury comprised of Antonia Campbell-Hughes, David Hayman and Philip John.

The Michael Powell Jury said: “The unanimous decision of the Michael Powell Jury goes to an important, powerful and disturbing film from Adewale Akinnuoye-Agbaje. This story forces us to confront an unfamiliar, uncomfortable reality. Farming keeps you invested in its brutal world. Culturally adrenalising. Visceral. Inspirational.”

Adewale Akinnuoye-Agbaje said: “I am absolutely thrilled to have received this prestigious award, named after one of my cinematic heroes, for my first film. It is a huge and humbling honour. I am equally delighted that Damson Idris won for Best Performance. Thank you so much to the Festival.”

The Award for Best Performance in a British Feature Film went to Damson Idris for his role in Farming, also selected by the Michael Powell jurors.

The jury said: “Damson Idris takes us on an uncompromising journey. It was the most complete characterisation the Michael Powell Jury saw, bringing emotional truth to every frame. Idris creates a visceral yet disciplined performance taking us into the world of a deeply conflicted individual in search of his identity.”

Damson Idris said: “I am truly blessed and honoured to receive such a prestigious award. Adewale Akinnuoye-Agbaje’s life and triumph was shared with me in the most intimate manner and I am so pleased it is now being shared and celebrated by the world.”

The Award for Best International Feature Film went to Miia Tervo’s Aurora, which received its UK Premiere at this year’s Festival. The winner was chosen by the International Jury comprised of Natalie Brenner, Jack Lowden and Fred Tsui.

The International Jury said: “We have chosen Aurora. In this International section, we couldn’t have asked for a more distinctive, varied and thought-provoking selection. It was wonderful to see a particular focus on women directors and female lead characters in stories that provoked plenty of discussion, reflection and debate. From this fascinating selection we have unanimously chosen Aurora: beautifully shot and executed, with brilliant performances from the entire cast. Our main reason for choosing Aurora is for its uniqueness and originality. We completely fell in love with every single character, big or small, all flawed yet beautiful and set in a world that we were reluctant to leave. Made with such a strong voice, with clever humour and a big heart. A true gem and, for us, the discovery of the Festival.”

Miia Tervo said: “I am very grateful and delighted to hear about this wonderful news! I am so happy to hear that our work has given something to you. That is the most important thing - that the film gives something meaningful to people. Giving and receiving - so I receive this prize as wholeheartedly as I did the film.” 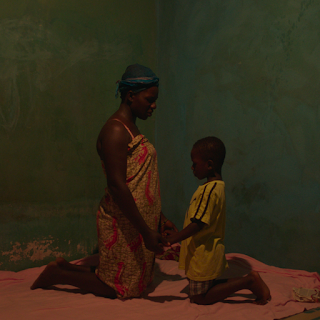 The Documentary Jury said: “The award for best documentary at the Edinburgh International Film Festival goes to Sakawa. The highly sophisticated debut from Belgian-Ghanaian filmmaker Ben Asamoah is a timely and unsettling metaphor for our interconnected world.”

Director Ben Asamoah said: ”Film festivals like the EIFF are the ones that encourage people like myself to think outside the box when it comes to storytelling” 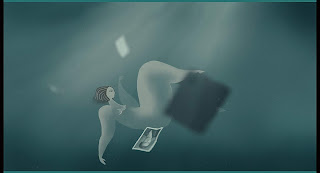 THE AWARD FOR BEST SHORT FILM

The Award for Best Short Feature Film went to Anca Damian’s The Call. This year’s jury was comprised of Moyo Akandé, Regina Mosch and Tara Karajica.

The Short Film Jury said: “We decided to give the Best Short Film Award to The Call by Anca Damian for the highly imaginative, unique and poetic way of using animation to show what we can’t see; to get the important and relevant topics of loss and grief in families across in a very short period of time. The Call is a powerful, moving, engaging and visually exceptional film.”

Anca Damian said: “I am really delighted to hear that my 10-minute film about eternity resonated in the jurors’ hearts.”

Special Mentions went to The Fabric of You, from Josephine Lohoar Self, and Red Film from Sara Cwynar.

Josephine Lohoar Self said: “I am so grateful to receive a Special Mention from the Short Film Jury at this year’s Edinburgh International Film Festival. I had such a great time making this film and am so excited for it to have its World Premiere at this year’s Festival.'


THE EIFF WORKS IN PROGRESS WINNER

EIFF Works in Progress is a one-day event (this year held on 23rd June) where invited international sales agents, distributors, producers and festival programmers can get an ahead-of-the-game look at upcoming British feature films. EWiP will offer a selection of quality narrative feature projects which are in production or post-production and are seeking an international sales agent.
The winner of this year’s EIFF Works in Progress and recipient of the £2,500 prize is the documentary Women Behind the Wheel: Unheard Voices on the Pamir Highway, produced and co- directed by Hannah Congdon and Catherine Haigh.

The winners said: “We’re thrilled to have won this award among so many impressive projects! As first time filmmakers the money will be invaluable in helping us edit our documentary and share the stories of these inspirational women in Central Asia. Thank you Edinburgh International Film Festival!”

The EIFF Youth New Visions short film competition in the 14-18 age category was won this year by The Processing Room by Cameron Lambert and Red Hill, made by Laura Carreira, in the 19-25 age group.

Images & info EIFF (except image for The Call from IMDb)