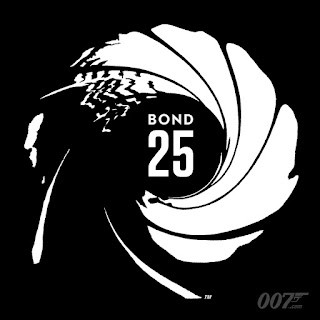 Alwyn Ash looks at why fans shouldn't be shocked by news of a female agent taking on the 00 number of James Bond, because 007's Are Forever...

Before anyone gets upset over a female 007, let me start by asking you to open your mind and be rational. After reports that British actress Lashana Lynch is to play 007 in the next James Bond movie, the internet exploded. With headlines such as "It would be the first time a white man will not play 007 in the spy movie series’ 57-year run" and "Meet the new Bond", it really is getting ridiculous. So, let's clarify things a little...

Lynch is portraying a 007 agent called Nomi in the next movie, but she is NOT James Bond. Still confused? Then please research a little and read up on 00 agents, you'll enjoy the experience. But to give you some insight into it all, here's an interesting piece from Wikipedia: "In Ian Fleming's James Bond novels and the derived films, the 00 Section of MI6 is considered the secret service's elite. A 00 is a field agent that holds a licence to kill in the field, at his or her discretion, to complete any mission". At "HIS or HER" discretion, so we know that a 00 agent can be a man or woman.

OK, so what about 007, hasn't there ever only been one agent to hold that particular licence to kill? Actually, no. In Fleming's stories, Bond is the only 007; to date that has also included the official Eon film franchise. Take a look at 2018's Forever and a Day, however, and you'll find that James Bond isn't the first: "The sea keeps its secrets. But not this time. One body. Three bullets. 007 floats in the waters of Marseilles, killed by an unknown hand. It's time for a new agent to step up. Time for a new weapon in the war against organised crime. It's time for James Bond to earn his licence to kill. This is the story of the birth of a legend, in the brutal underworld of the French Riviera".

So, someone else had been 007 before Bond. They had been murdered. As a result, a new agent is assigned as 007. This could have been anyone, male or female. As it happens, the person chosen is Bond.

We know that tabloids have a habit of misquoting or making things up completely, but when you see the Mail Online printing such nonsense as "First ever black James Bond girl who played Thumper in Diamonds Are Forever blasts casting of actress Lashana Lynch who is taking over as 007 - saying iconic code name was meant for a man", it is easy to feel disappointed. So I roll my eyes, sigh, and write my own thoughts. It isn't controversial to cast a black woman as 007, as any agent can be assigned as any 00 if the previous agent has either died or retired from Service.

In this day and age why are we even obsessed with colour or gender? A talented actor/actress has been cast in a film about the secret service. Yes, it's a Bond movie so James Bond must be male but not necessarily white. That does not mean the remaining cast cannot take on other important roles within the infrastructure of the plot.

And it does seem possible that at the start of the new movie, currently with the working title "Bond 25", James Bond has indeed retired from the Secret Service. It looks like something will bring him out of retirement, or perhaps he'll work with the new 007 without an official licence to kill of his own. It has happened before, remember when Timothy Dalton's Bond became a fugitive? His licence to kill had been revoked so, in affect, he was no longer 007 until it was reinstated by his superiors.

It has also been announced that CIA agent Felix Leiter will again be played by Jeffrey Wright. In previous instalments the character has been portrayed by numerous actors including the late David Hedison, whose storyline in Licence To Kill is unforgettable.

Bond 25 is being directed by Cary Fukunaga and will star Daniel Craig as James Bond. As for 007, well, I'm sure that licence to kill is in safe hands. 007's are forever, after all.