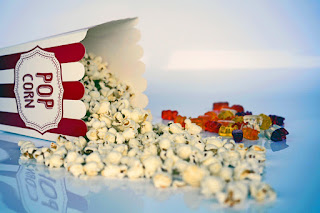 How many mega movie trailers can you release in one day? Apparently, yesterday, the answer was at least four...

There was something for everyone in yesterday's trailer drop with scooby doo clowns and techno-furry people/cats scrabbling for attention against Tom Cruise in a fighter jet and Kevin Smith in a baseball cap. Now that's a fight I wouldn't want to bet on...


Evil resurfaces in Derry as director Andy Muschietti reunites the Losers Club in a return to where it all began with “IT Chapter Two,” the conclusion to the highest-grossing horror film of all time. Twenty-seven years after the Losers Club defeated Pennywise, he has returned to terrorize the town of Derry once more. Now adults, the Losers have long since gone their separate ways. However, kids are disappearing again, so Mike, the only one of the group to remain in their hometown, calls the others home. Damaged by the experiences of their past, they must each conquer their deepest fears to destroy Pennywise once and for all...putting them directly in the path of the clown that has become deadlier than ever.

“IT Chapter Two” stars James McAvoy as Bill, Oscar nominee Jessica Chastain as Beverly, Bill Hader as Richie, Isaiah Mustafa as Mike, Jay Ryan as Ben, James Ransone as Eddie, and Andy Bean as Stanley. Reprising their roles as the original members of the Losers Club are Jaeden Martell as Bill, Wyatt Oleff as Stanley, Jack Dylan Grazer as Eddie, Finn Wolfhard as Richie, Sophia Lillis as Beverly, Chosen Jacobs as Mike, and Jeremy Ray Taylor as Ben. Bill Skarsgård returns in the seminal role of Pennywise and the film hits cinemas on September 6th.


The stoner icons who first hit the screen 25 years ago in CLERKS are back! When Jay and Silent Bob discover that Hollywood is rebooting an old movie based on them, the clueless duo embark on another cross-country mission to stop it all over again!