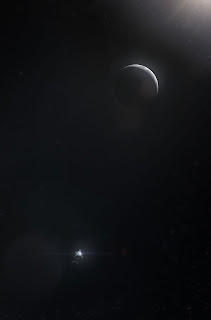 8 Days: To The Moon And Back is a feature-length drama documentary marking the 50th anniversary of Apollo 11, coming to the BBC on Wednesday 10th July. Find out more and read an interview with its writer, Philip Ralph...

Eight days, three hours, 18 minutes, 35 seconds. That’s the total duration of the most important and celebrated space mission ever flown - Apollo 11 - when we first stepped foot on the moon.

Eight days that created some of the most iconic images in human history and changed the way we think about our place in the universe forever. But what was it really like for those three men in that high-tech tin can through each of those extraordinary eight days?

8 Days: To The Moon And Back, a feature-length drama documentary to mark the 50th anniversary of Apollo 11, will bring the real story of the mission as it happened. With access to hours of declassified cockpit audio recorded by the astronauts themselves, 8 Days: To The Moon And Back will use cutting-edge digital effects and dramatised performances to create a stunning 21st century visual journey to bring the original audio to life.

Until now we’ve only glimpsed inside Apollo 11 with a handful of iconic stills and a few precious minutes of movie footage. But what if we could step inside that Saturn V rocket and for the very first time be on the inside to hear every word they said, from moments of high drama to the constant banter on that long and dangerous journey.

This is Apollo 11 as you’ve never seen or heard it before, the ultimate drama documentary of the ultimate human adventure. 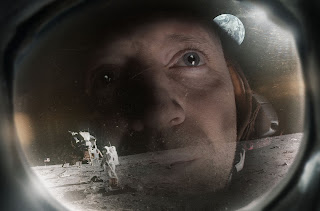 Read the Q&A with the show's writer, Philip Ralph, below:

You weren’t born when the moon landing happened. When did you first hear about it?

I honestly can’t remember a time when I didn’t know about the Moon landing. I was born a few weeks after Apollo 14 - the third successful mission - and the narrative of the Apollo program and the bravery of the astronauts pervaded my childhood.

The first thing I ever wanted to be was an astronaut, and during my youth I read everything I could get my hands on about the missions, knowing the names of all the astronauts and their exploits off by heart. As the years have passed since the final Apollo mission in 1972 my interest in the story has only grown, and I have eagerly watched all the films and series and read all the books on the subject. It’s been an absolute privilege to play a small role in telling the story once again for the 50th anniversary. 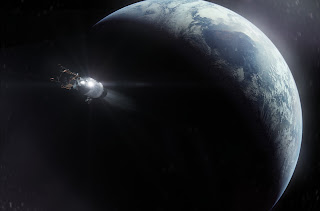 What was it about 8 Days: To The Moon And Back that was so appealing to you?

As a self-confessed Apollo fan, the idea behind 8 Days: To The Moon And Back caught my imagination from the start. The opportunity to dig into the audio transcripts of the mission we didn’t see or hear - and to really draw out the human experiences of Armstrong, Aldrin and Collins - was an irresistible challenge. This is a classic case of history smoothing over the dangers of what actually happened.

Fifty years on, we know they achieved their goal of landing on the Moon and returning home safely. It all now seems like it was a foregone conclusion. The reality at the time was that no-one had any idea if they would return at all. It was truly a voyage into the unknown, quite possibly a suicide mission, so to get the chance to see it all with fresh eyes - to actually be in the capsule with them, to view the Earth from orbit, to cross the black miles between the Earth and the Moon, to be on tenterhooks as they approached the Sea of Tranquility with program alarms blaring and running out of fuel, to be with Armstrong as he took that first step, to sweat as they wondered if the ascent engine would successfully blast them off the surface, and to celebrate as they splashed back down on Earth - it was an opportunity of a lifetime. 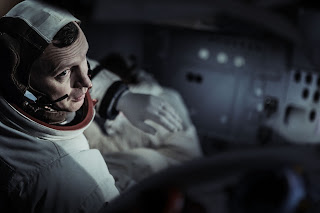 What was the process in writing the script?

The production team sent me a huge amount of material that they had already gathered before I came onto the project - transcripts, audio recordings, images, and video. I poured through all the transcripts of the astronauts' communications and began to select the key moments of the mission: blast-off, Trans-Lunar Injection, docking and extraction of the LM (Lunar Modul), Lunar Orbit Injection, Descent Orbit Insertion, Landing, EVA etc.

The narrative of the mission is well established, and it was vital that I hit all the expected beats but, alongside all of this, I was looking for unexpected and unheard moments of the astronauts' reactions and their relationships with each other. Once I had all of this in place, I then looked for details and ‘colour’ for the story by accessing the archives of CBS News coverage of the mission, anchored by US TV legend Walter Cronkite. This enabled me to cut away from the astronauts from time to time to explain some of the more technical aspects of the mission without resorting to using voiceover.

Once I’d gathered all of this material, I then crafted the script, editing and honing it down into a 90-minute narrative, highlighting which scenes would be archive footage and which would be recreated by the actors lip-syncing to the archive recordings. 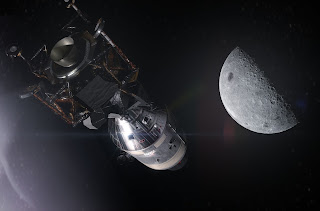 There are hours and hours of declassified cockpit audio recorded by the astronauts. What made you want to include the lines used in 8 Days: To The Moon And Back?

The brief was always to put the audience in the capsule with Armstrong, Aldrin and Collins. The media commentators of the time in 1969 often complained that the three men were 'taciturn' and not very talkative. In studying the transcripts, it turns out that nothing could be further from the truth! They talked all the time but, to the chagrin of the TV pundits desperate for exciting stuff to share with their audience, the vast majority of what was said was hugely technical, complex and unintelligible to the layman.

Obviously, I needed to include a fair proportion of this since the science and technical achievement of the mission is the heart of the story, but in addition I was really looking to find moments of human connection, wonder and reaction to the unique and unprecedented experience they were going through. I wasn’t disappointed. All three men - including Armstrong, famous for being a man of few words - shared jokes, awe, wonder, and fear with each other throughout the mission.

Uncovering this hidden layer of human experience was truly thrilling and really opens up the story of Apollo 11 in a completely new way. I often joke that they were actually three men on an eight-day trip in a rather high-tech campervan, with all the hilarity and mundanity that goes with that. Finding these moments of humanity amidst the technical jargon really brings that home in a brand new way. 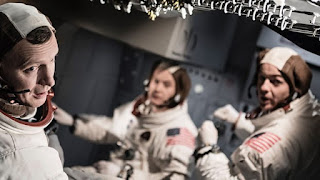 What did you find most challenging throughout the project?

Having to work so fast! I came on board the project in July last year after the production team had been planning and gathering material for quite some time. I needed to read, digest and process all of the archive as quickly as possible, and then write and deliver the script in order for the film to be shot, edited and ready in time for the anniversary in July this year.

It was a huge amount of material to process and I was eating, sleeping and breathing Apollo 11 for many months - which, of course, was an absolute joy for the little boy inside me who still wants to be an astronaut! Even as I was writing I was constantly finding some new piece of archive, some new detail or moment that absolutely had to be in the story. It was an all-encompassing task and I loved every second of it!

I should also say that a big challenge was realising quite how much lip-syncing I was suggesting in the script that I wrote. It’s an incredibly difficult thing to do, to lip-sync to 50 year-old audio recordings and make it look natural - but I felt it was the only way to communicate the astronaut’s experiences.

Fortunately, the producer, James Van Der Pool, and the director, Anthony Philipson, embraced the idea and the three actors did an absolutely amazing job. It really takes the viewer inside the experience and adds so much to the finished film - I forget that they’re not actually speaking after about five seconds!

8 Days: To the Moon and Back is directed by Anthony Philipson and stars Rufus Wright as Neil Armstrong, Jack Tarlton as Buzz Aldrin and Patrick Kennedy as Michael Collins. It will air on BBC Two on 10 July at 9pm to 10.30pm