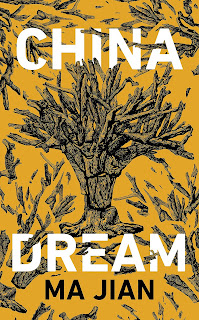 "China Dream is an act of revenge," said the exiled writer Ma Jian at the Edinburgh International Book Festival yesterday...

BOOK SYNOPSIS: In seven dream-like episodes, Ma Jian charts the psychological disintegration of a Chinese provincial leader who is haunted by nightmares of his violent past. From exile, Ma Jian shoots an arrow at President Xi Jinping’s ‘China Dream’ propaganda, creating a biting satire of totalitarianism that reveals what happens to a nation when it is blinded by materialism and governed by violence and lies. Blending tragic and absurd reality with myth and fantasy, this dystopian novel is a portrait not of an imagined future, but of China today.

Here's what the author had to say at his book festival event, thanks to Edinburgh International Book Festival Press Team:

“If you cannot live in freedom, love is impossible,” says exiled writer Ma Jian at the Edinburgh International Book Festival today, while discussing his book China Dream with poet André Naffis-Sahely and assisted by his longtime translator Flora Drew.

Ma Jian says that China Dream is “my reflection on the changes that the current regime under Xi Jinping have brought about in China.” It’s been over three decades since Jian was banned from China following his criticisms of the Communist Party. While the book is a work of fiction, its premise and characters are heavily based on Jian’s own experiences under a tyrannical totalitarian regime, resulting in a bitingly satirical view at the Communist Party and its repression of the Chinese people.

“As soon as you talk about the China dream, you inevitably think of the American dream that it was based on and the huge disparity between these two concepts, because the American dream, that was coined for a phenomenon that had already taken place. It was descriptive of millions of individuals successful efforts. Whereas this in opposition to the China Dream, it is a state before anything, they call it the China dream before anything even happens. It’s state imposed and it’s where the individual is subsumed into the collective and that their dream is the national dream. 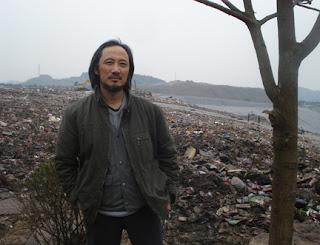 “At its root it is a reaction to the hundred years of humiliation, the sense of victimhood that the Chinese state tries to reinforce again and again. So, through this China Dream, this mission to become a global power, in fact what it is, is an act of revenge. It’s a way to say that this is striking against imperialism in the past by becoming an even worse form of imperialism.”

“For those in power, violence can be a means of re-establishing order, that it also sows the hatred that it engenders. It sows a seed that will inevitably grow to more unrest in the future. So this is a continual cycle of violent repression.

“If you go to China and visit any museum, go to any bookshop, walk through any university, it is as if the history from 1949 to the present has been completely whitewashed. Erased.

Jian went on to share his concerns for not only his home country, but of Hong Kong, a place where he lived during the beginning stages of his exile. He says that while love is the most powerful emotion, it is also the most fragile.

“It is only when you reach the most sublime regions of the human existence, what is left there, what exists there. It is love. That’s what exists. But love is a very fragile thing. It is powerless in the fact of violence. It can be crushed by violence but just look at Hong Kong today. Look at what these young people, what they’re doing. It is love for each other, love for their city that they are carrying out the revolution of our times, because they know you cannot live in freedom then love is impossible.

“They are prepared to put everything else aside, their economy, their own material well-being. It becomes meaningless and I think this is a lesson that we must all hang onto that, for humanity to progress, it must be through the cherishing of human love.”

When asked in an ideal world, what would be his China dream, Jian said: “My personal China dream is that the Chinese Communist party will either miraculously reform or be deposed. But when that day comes, in the very first seconds, I will buy a plane ticket and return to my homeland.”


The Edinburgh Book Festival is on until 26th August. Find out more at https://www.edbookfest.co.uk/the-festival/whats-on
Email ThisBlogThis!Share to TwitterShare to Facebook