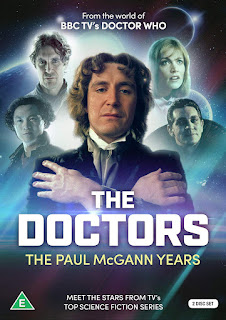 The latest in The Doctors DVD series of interviews with Doctor Who cast and creatives is The Paul McGann Years, released next month by Koch Media...

This is the definitive set of interviews with the team who brought the Paul McGann era of Doctor Who to life. These six documentaries are promised to be the best in-depth interviews ever undertaken with the Eighth Doctor himself, plus Daphne Ashbrook (Grace Holloway), Yee Jee Tso (Chang Lee), Eric Roberts (The Master), Philip Segal (Producer) and Geoffrey Sax (Director). 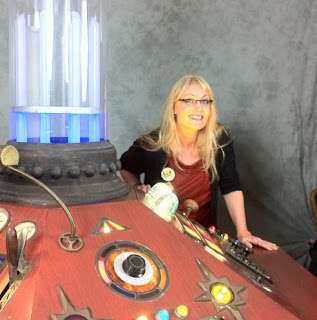 Presented by Sophie Aldred, Robert Dick and the voice of the Daleks, Nicholas Briggs, the special features include an introduction by Nicholas Briggs and producer Keith Barnfather.

For all Doctor Who fans, this 2 disc special collector's edition is 5 hours of pure nostalgia, which will give you a whole new insight into the making of your favourite science fiction series.


From the world of Doctor Who comes The Doctors: The Paul McGann Years released by Koch Media on 2-disc DVD 2nd September.