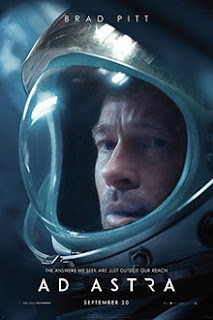 "The Answers We Seek Are Just Outside Our Reach" says the tagline. Luckily for us some answers are now within reach in this behind the scenes featurette for Ad Astra, starring Brad Pitt...

Astronaut Roy McBride (Brad Pitt) travels to the outer edges of the solar system to find his missing father and unravel a mystery that threatens the survival of our planet. His journey will uncover secrets that challenge the nature of human existence and our place in the cosmos.

Find out more about the "epic journey," both physically and mentally that the film embodies.

And, in case you missed it, here's another look at the film's trailer.