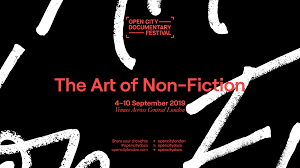 Celebrating the art of non-fiction, Open City Documentary Festival creates an open space in London to nurture and champion the art of creative documentary and non-fiction filmmakers. Their aim is both to challenge and expand the idea of documentary in all its forms and to provide a platform for emerging talent as well as established masters working within the documentary form.

With 70 films, 15 cross-media projects and 5 audio documentaries, the festival takes place over seven days in venues across Central London, and consists of international contemporary and retrospective non-fiction film, audio and cross media, as well as filmmaker Q&As, industry panels, workshops, networking and parties.

The Opening Night film is Alice Riff’s Elections (2018, Brazil), which uses a public high school in São Paulo preparing for the upcoming student council elections as an analogy for the wider political upheaval in the country, whilst closing the festival this year will be Kavich Neang’s Last Night I Saw You Smiling (2019, Cambodia, France) documenting the people of The White Building in Phnom Penh, a large municipal apartment block originally built in 1963, emptied by the Khmer Rouge, and subsequently the centre of a thriving artistic community, but which has now been sold to Japanese developers and is scheduled for demolition.

Other highlights in the programme include the ‘In Focus’ directors for 2019 Zhao Liang and Naomi Kawase and a strong array of short documentaries, whilst special events this year include Brainbows, a unique A/V performance from artist-filmmaker Rainer Kohlberger, a walking tour of the City of London’s Ring of Steel led by researcher Henrietta Williams, audio events with The Whickers and Analogue Foundation, as well as ‘Presented By’ selections from artist Laura Grace Ford and musician Shabaka Hutchings – and a party curated by Anu. The industry programme includes sessions with Mila Turajlić, Sruthi Pinnamaneni, and Sayre Quevedo, as well as partners such as World Records, Today in Focus, and In The Dark Radio.


There's also an Expanded Realities exhibition at the Festival Hub which will host new installations from artists including Tamara Shogaolu, Calum Bowden, Universal Everything and Soft Bodies, whilst the Symposium will return to Digital Catapult.

But it's the feature length documentaries that have really captured our interest. Here's five that we're looking forward to, starting with one from one of the featured directors, Zhao Liang. 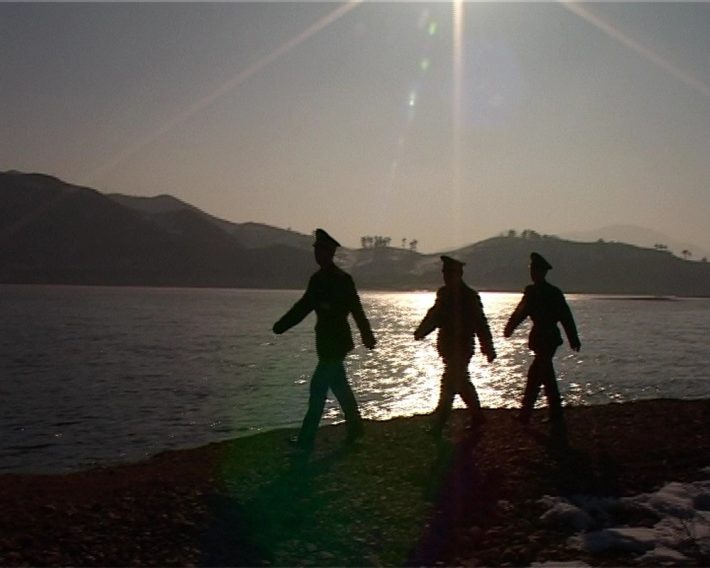 In this masterful observational work, Zhao Liang records life inside a remote military police station in Northeastern China. The officers rule the inhabitants of the impoverished town with an iron fist, employing cruel and unscrupulous tactics in their attempts to resolve even the most minor infractions, but their brutality is often matched by comic levels of confusion and ineptitude. Laced with moments of surreal satire, Crime and Punishment offers a harrowing look into the machinations of low-level law enforcement in the world’s largest authoritarian state, revealing the methods police use to coerce suspects to confess crimes – and the consequences when such techniques backfire.

Movements of a Nearby Mountain

Sebastian Brameshuber’s third feature is an elegantly composed, multi-layered portrait of a self-taught mechanic working in a remote, abandoned industrial site at the foot of the Austrian Alps. In the shadow of Erzberg, a ‘mountain of iron’ that has been mined since Ancient Rome, his days are spent in quiet, solitary labour, breaking down cars for parts to export to his native Nigeria. Brameshuber’s deeply engaged, humane observation captures the subtle rhythms and gestures of his subject at work, gradually developing into a profound and touching reflection on labour, industry and the ever-increasing circulation of goods, capital and people in a globalised economy.

“Mama has two phone numbers. We do not talk about immigration on her Obama phone. For that we use the other number with no data plan.” In his accomplished first feature, undocumented filmmaker Miko Revereza depicts a train journey he took across America last year. Utilising a potent mix of discreet recordings, sound design, on-screen subtitles and Instagram stories, the film successfully reflects its maker’s lived experience, but also that of the millions of other marginalised people whose every movement is similarly imperilled. Both scintillating observational study and politically charged personal documentary, No Data Planis a travelogue of an altogether different kind.

Sergei Loznitsa’s found footage documentary is comprised of painstakingly researched and restored archival material from one of Joseph Stalin’s first show trials, recorded in Moscow in 1930. The trial and its consequences are real, but the crime is fake – a spectacle concocted as a display of the government’s power over the population. The accused—charged with forming a secret pact to restore capitalism and fracture the USSR—are forced to confess to crimes they never committed. Illuminating the perils of authoritarianism whilst undermining the inherent theatricality of its propagandistic machinery, The Trial is a fascinating historical document with considerable contemporary resonance.

Only days after the 1973 military coup against the Allende government, a group of nineteen union members in a paper factory were disappeared without trace. The case remained a mystery for forty years, until a policeman involved in the massacre finally broke the pact of silence. Taking his confession alongside testimony from the victims’ families —all voiced by actors—the filmmakers forensically unravel the events leading to the murders, using stark 16mm photography to depict the landscape like a crime scene. A bold and formally rigorous work, The Crosses bravely unearths a dark moment in Chile’s political history that for years had been buried in silence.

You can find out more about what's on and book individual tickets or full festival passes on the Open City Documentary Festival website.