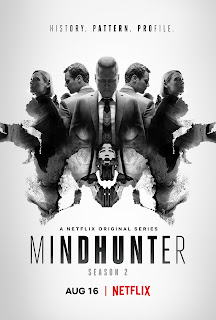 With Mindhunter Season 2 now streaming on Netflix, find out what makes it such compelling viewing...

FBI agents Holden Ford and Bill Tench probe further into the psyches of those who have done the unthinkable. With help from psychologist Wendy Carr, they apply their groundbreaking behavioral analysis to hunting notorious serial killers.

In this short (12 minute) video essay shared by Netflix, Thomas Flight explores some of the inventive techniques creators Joe Penhall and David Fincher employ to inject drama and conflict into the show.