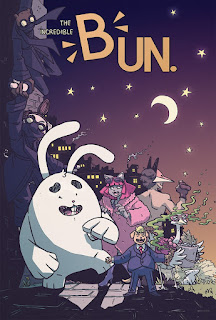 You had us at "eyebrows." There's a giant rabbit running loose in the wacky world of Madius Comics and they need our help! Susan Omand explains more about the Kickstarter for The Incredible Bun #2...

THE INCREDIBLE BUN follows the tale of a giant rabbit trying to make his way in a strange and confusing world. An ugly duckling story overflowing with colourful characters, surprising twists n' turns and a whole lot of heart.

Bun never really fit in with his family, probably because he's about ten times larger than the rest of them. Feeling like an outcast and as though he didn't belong, he headed to the city to try and find his purpose in life. Things didn't exactly go smoothly for him. Follow this poor old Bun's journey into a city that's bright, loud and very very confusing. He's going to need all the help he can get!

It is my opinion that bunnies have been getting a bad rep in the world of entertainment. From scary Watership Down memories, to scary Frank in Donnie Darko, to scary killer rabbits in Monty Python, not to mention Anya's scary rabbit song in Buffy the Vampire Slayer, there's a tendency to make the humble bunny into a thing to be feared (See Alwyn Ash's article on other cinematic coneys here)

NOT SO with Bun! He may be big, like REAAAAALLLLY BIG, but he's also a big softie at heart (I mean, just look at those eyebrows!) and is just looking for his place in the world. Unfortunately, this time it's the world that is sometimes a big and scary place and last issue saw Bun meeting some very shady characters indeed as he headed down the path of fight training... 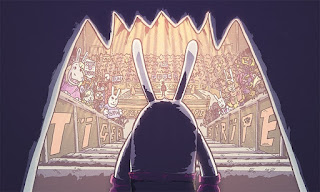 Fear not though, because The Incredible Bun is still very much an all ages comic and, even though Bun sometimes has a rough ride, he learns good life lessons about the world, and himself, along the way and there are plenty of fun times to be had too, according to Madius' own Mike Sambrook who, following on from the great success of The Incredible Bun #1, again takes on sole writing task for this second issue, with Rob Jones on lettering duties. Also returning to the rabbit warren is artist Rosie Packwood who, this time, also picks up the colouring for her own artwork, with Bun #1 colourist Alexa Renee sitting this one out because of ongoing health issues but the team are looking forward to her coming back for future issues.

Mike Sambrook is passionate about letting everyone meet his big bunny pal and said, "This is a book we've really put our heart and soul into that we can't wait to share with everyone. Rosie has produced the best pages of her already impressive career and managed to elevate this book way beyond my expectations into something truly special. She's making me work extra hard to keep up!"

And Rosie's artwork for The Incredible Bun really is incredible as this EXCLUSIVE double page spread of unlettered art showing Bun turning gym bunny in his training regime shows... 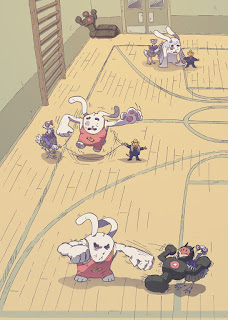 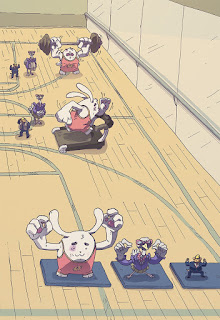 If you want to pre-order The Incredible Bun #2 though, and pick up some top perks along the way, you'd better be quick! The Kickstarter only has a couple of days to run. So what can you get for your hard earned bunny... er... money? 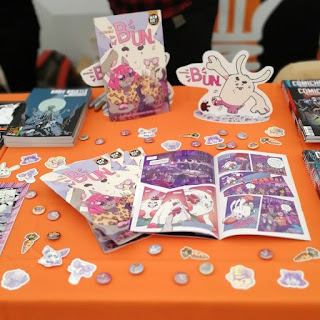 Of course you get the comic, in either digital or print format, along with the option to catch up with issue #1 in case you missed it. But there's also the DELUXE package which gets you character bookmarks, stickers and pin badges featuring Rosie's wonderful artwork. Or, if you're really quick because there's only a few left, the SUPER DELUXE package which gets you all of the above PLUS a Bun backpack with the face of everyone's new favourite giant rabbit on it! 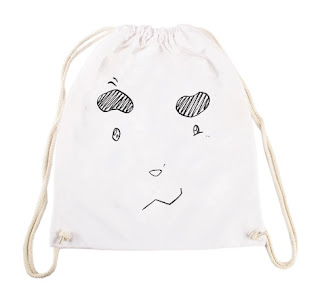 The Eyebrows Have It!

Support The Incredible Bun on Kickstarter at http://kck.st/2M9pBqK