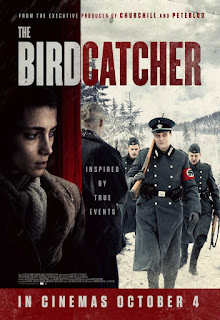 Out next month from Signature Entertainment, watch the trailer for The Birdcatcher...

From British director Ross Clarke and starring Sarah-Sofie Boussnina (Knightfall) as Esther and August Diehl (Inglorious Basterds) and inspired by harrowing true events, this new thriller uncovers a hidden slice of World War II history that is as shocking as it is inspiring.

Norway, 1942. During her attempt to flee Nazi persecution, 14-year-old Jewish girl Esther finds herself alone and forced to conceal her identity on a Nazi sympathiser farm. Forced to make a series of choices, her actions shift the paths of those around her. From collaboration to resistance, the population’s reaction to their Nazi conquerors was not always clear-cut.