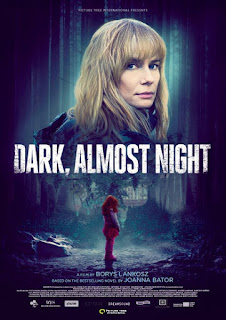 Steve Taylor-Bryant discovered a much darker side to European film as he watched Dark, Almost Night, on recently at Raindance Film Festival...

Reporter Alicja Tabor returns to Walbrzych, the city of her childhood. There she will go back to all her hardcore family secret dramas and start investigating a sinister case related to the disappearance of children.

I have not watched many Eastern European films in my life, I have caught the odd one or two at festivals, but it's never been something I ever sought out. This year I decided to change that and at my first festival of the year, Raindance, I took the chance to catch a Polish thriller and, to be honest, I don’t think I will ever be the same again. Dark, Almost Night pushed me emotionally as a viewer and I found lots of it hard to take but as a film fan and a reviewer I can’t beg to be challenged by film and then shrink away when things begin to get tough.

Dark, Almost Night from writer and director Borys Lankosz, co-written by Magdalena Lankosz and based on Joanna Bator’s novel, is going to be a divisive film for audiences IF it can get past the classification board for a wide release, because there are some scenes that I cannot believe will allow the film a rating. It is tough to watch the subject matters of child abuse and domestic violence at the best of times but Lankosz’s film doesn’t even attempt to sugar coat any of it and some scenes, whilst expertly acted by an incredible cast, are hard to stomach as the subject matter is treated in an almost blase way. 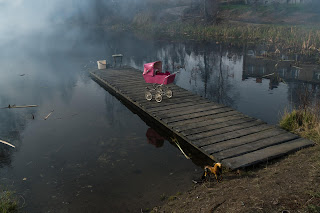 This is not a criticism of the writers and the filmmakers; it is just an observation of mine whilst watching. Maybe there are many films like this, and I am just not exposed to them in the manner that maybe I should be, however if somebody wanted an easy route into the much darker tones of European cinema then Dark, Almost Night is certainly not it.

The film is challenging for sure, it is almost gruesome in places whilst too light and comedic in others but, if you can allow yourself to watch the film in its entirety, then it is certainly worth a watch. The unnerving score from Marcin Stanczyk is only bettered by the visuals from cinematographer Marcin Koszalka. As a film project Dark, Almost Night hits all its marks and is, on paper at least, a perfect slice of cinema. It is well written, it is well performed, it is stunning to look at, locations are perfect, music is atmospheric, it's just the treatment of the subject matter that sits uncomfortably with me.

I hope that Dark, Almost Night does secure a wider release as I am sure there is an audience for it out there with stronger stomachs than me that will really appreciate this film. The only flaw this film has is that this reviewer wasn’t quite ready to watch it.