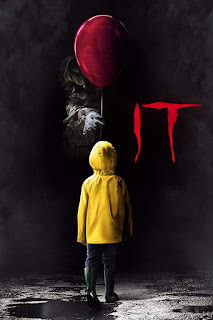 With IT Chapter 2 now in cinemas, Kraig Taylor-Bryant takes a step back in time to look at the young characters from the Losers Club in the first film, IT...

After watching the trailer to Chapter 2 of the IT franchise remake, I was instantly intrigued. So, ahead of watching that film, I thought perhaps it would be worth looking into what started the new franchise which some might call “IT Chapter 1.” I mean after all, it’s based on the books of Stephen King, so that has to make it worth giving a shot, considering how he’s known to be great at fleshing out his characters. I think that after watching the first IT film I can happily say that this adaptation does a similarly good job of refining its characters.

The film seems to approach the characters of the Losers Club by giving each their own “demon” to face/overcome over the course of the film, which they may either do through their final encounter with Pennywise the clown (Bill Skarsgard) or the journey they go on to get there. All these demons also seem to be a variety of things that can scare both adults and children alike, which can easily make one of each of the main characters relatable to at least one of its viewers. 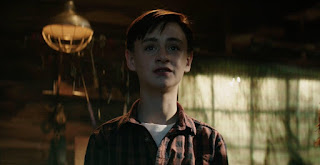 The main character of Billy (played by Jaeden Martell and, in Chapter 2, by James McAvoy), who we meet from the start, I think is the most obvious one to be haunted by a demon of sorts, that’s within himself, following his younger brother’s disappearance. The fact that Billy couldn’t save his brother is what haunts him more than once, when Pennywise visits him, to reveal his greatest fear. What I think makes Billy relatable though, is the concept of losing a loved one, and having regrets of any kind that people tend to feel when they lose someone close to them. Which not only makes those viewers that can relate care about him, but those that just feel sympathy for him grow to care for him and how Billy is willing to even put himself and his friends in danger to discover what he already knows deep down, and to face his greatest fear. Ultimately, he does this by killing a hallucination of his brother, created by Pennywise, showing that Billy has truly accepted that his little brother Georgie, is gone. 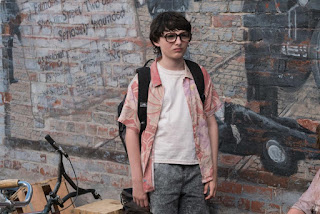 Alternatively, the character of Richie (played by Finn Wolfhard and Bill Hader) doesn’t have his greatest fear revealed to him until later in the film, as Pennywise knows how easy it would be to scare him anyways. But I suppose a lot of people can relate to Richie from the simple fact that he’s afraid of clowns, of course, people’s fear of clowns is likely what would have brought about the Stephen King novel in the first place. 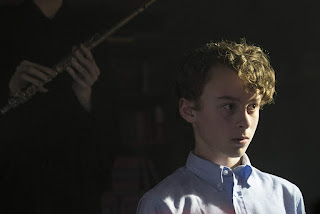 Stanley (Wyatt Oleff and Andy Bean) however, a friend that is struggling with his own Jewish faith, is also having to deal with his fear of the “flute lady” painting in his Jewish church that he encounters more than once when Pennywise visits him. It gets to a point in the film where Stanley is so afraid of seeing this scary image come to life, that he refuses to go after Pennywise again, and takes some convincing before he does so, but like the others, he ends up conquering this fear by the end of the film, by fighting Pennywise, despite the fact that transforms into this flute lady to scare him.

I think its fair to say that these fears/demons in each character are definitely varied, considering some are of very real experiences whilst some are simpler fears. There are also more hygiene related fears that the film embraces, by introducing Eddie (played in 2017 by Jack Dylan Grazer and now James Ransone). Eddie is a character that’s constantly disturbed/restrained from both his overprotective mother and his fear of germs that comes with that (as well as his asthma). These issues constantly hold Eddie back in different circumstances of the film, whether it be when the group are patching up their newfound friend Ben (Jeremy Ray Taylor and now Jay Ryan) ,whom Eddie can’t use his mothers store account to buy the supplies for, or his mother will make him spend the day getting x-rayed, or when the group are simply going over their theory on where Pennywise is, which sets off Eddie’s issues with breathing, that come with his Asthma. Despite all these issues he has though, he’s constantly forcing himself into stressful situations, to not let his Asthma change him, or his fear of catching an illness, which clearly shows at the end of the film when the encounter the clown, for the last time in the film, when he continues fighting Pennywise despite the ways the clown attempts to fight Eddie with unhygienic means. 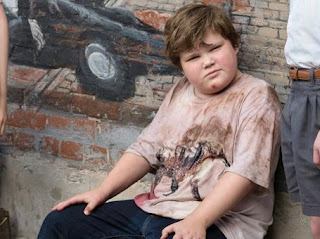 Anyway, their newfound friend Ben, has some fears of his own. Ben is an interesting character that helps us delve into the history of Pennywise a little more, thanks his thorough research over his time in the town of Derry. Both Mike (Chosen Jacobs and Isaiah Mustafa) and Ben are found to have similar fears when it comes to bullying, as both of them are found by The Losers Club (led by Billy), as being bullied by the same group. Considering Ben is of a different weight to these bullies, and Mike, of a different race, its obvious that the film is trying to bring in some themes of discrimination. I think this is something that a larger portion of the audience can relate to, because discrimination can come in so many different forms. I suppose that’s what makes it so satisfying when Mike and Ben confront their demons, when the group get into a rock fight with these bullies and win. 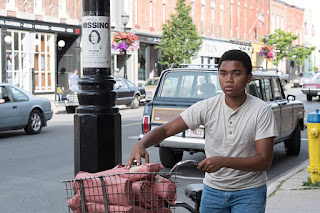 Mike also has an arc where he has to learn to do what it takes when it’s necessary, which starts with him on the farm, being unable to kill a sheep. Mike’s relative mentions that Mike won’t know that he’s the victim in life, until he feels a bolt between his eyes, unless he makes a choice. Which ultimately, he does, when they encounter the Bully, Henry, the leader of a gang with the intention of killing them all, but fortunately Mike learns to make the tough decision and ultimately saves his friends by fighting and killing Henry. 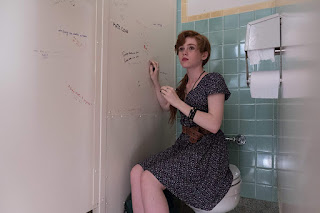 Beverly (in 2017 played by Sophia Lillis and played by Jessica Chastain in 2019), I think is one of the more important characters for revealing even more demons, that people may encounter in everyday life, considering she seems to encounter much more torture than other characters for how “pretty” she looks, making for an interesting contrast when she joins the ‘Losers Club’, because it helps to show that deep down we’re all the same. One of the horrible people that Beverly has to suffer is the gossiping bully, Gretta, who dumps rubbish into Beverly’s toilet cubicle, calling her words such as “slut” and “little shit”. Also, when she attempts to distract the pharmacist so that the loser group may shop lift some supplies for their new friend Ben, it becomes too clear that the pharmacist has an uncomfortable attraction to Beverly. She even has to deal with such things at home with her abusive dad, constantly being paranoid that she’s not “his little girl anymore”. Fortunately, she overcomes the fear of her father and becomes a stronger person over her journey with the loser group, by eventually telling her cruel father “no”, and killing him to protect herself when he attempts to hurt her.

I honestly didn’t find this film entirely scary, however it’s probably intended more for people who actually have a fear of clowns. Though, from what I’ve taken from the film, I think that this is film is still worth a watch from anyone who can appreciate interesting or relatable characters, and I can’t wait to see the performance of the actors that will play the older versions of these characters, from 27 years in the future.