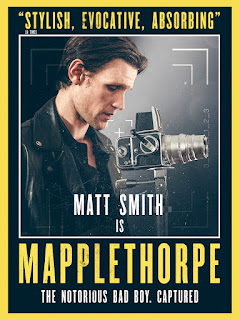 Recreating snapshots in the life of the famous photographer, Steve Taylor-Bryant watched the biopic Mapplethorpe, out on Digital HD next week thanks to Signature Entertainment...


I have a vested interest in Mapplethorpe the film, as I was one of the many who contributed to the crowdfunding campaign that got it made and into festivals. Not everything I invest in ever hits big, and that’s not why I do it, but you often hope that your tastes will be in sync with the tastes of others. So, did Mapplethorpe please? In the main yes. The problem is that Robert Mapplethorpe made extraordinary art that was so layered, so affecting, that any film is going to struggle to match up. Mapplethorpe, though, has a lot to like despite the fact it will not please everyone.

Writer and director Ondi Timoner, along with writer Mikko Alanne, have taken Bruce Goodrich’s screenplay and, with assistance from the Robert Mapplethorpe Foundation, have tried very hard to create almost the impossible film; a mixture of biopic that educates the new and pleases the experienced, that tells the chronological tale of a fascinating man, that is as beautiful and astonishing as the art and artist it is portraying. An arduous task I am sure but, yes, the film is very nearly perfect. 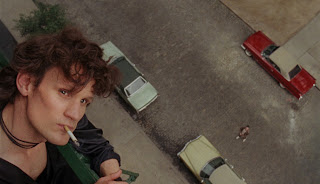 The genius of Mapplethorpe lies in its casting. Matt Smith is one of the most underrated actors of his time, whether that’s because of the Doctor Who past or the projects he picks not getting mass exposure I don’t know, but Mapplethorpe is yet another classy Smith acting lesson to go alongside his portrayals of Manson in Charlie Says and Bully in Lost River. In a well-worn world of the tortured artist, this could have just been another biopic, but there is something in Smith’s physicality and in his eyes that allows the internal darkness of a character to play out underneath the selfishness and naivety that was scripted. I don’t pretend to have seen every biopic ever made but, of the numerous I have seen, I would put Smith as Mapplethorpe up against any. Tina Benko as Sandy Daley is also magnificent, and Marianne Rendon as Patti Smith deserves mention, but Matt Smith is compelling, magical, and deserving of more praise than he gets.

The only niggly issue I have with Mapplethorpe is the use of the 1960/70’s television style to move along the timeline and edge us ever forward in Robert Mapplethorpe’s life, which is a very biopic documentary thing to do and can take the viewer out of the glorious insanity of the art world on the screen. However that really is me nit-picking and, as a fan of Robert Mapplethorpe’s photography, as a fan of Matt Smith’s acting, and as a fan of film, I could not be happier.