Film - On the President’s Orders 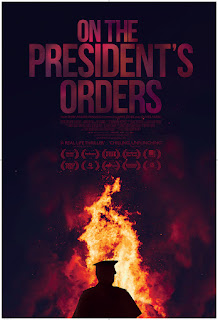 On tomorrow and Sunday at Raindance Film Festival, Tony Cross watched On the President’s Orders...


On the President’s Orders is the ugly story of President Duterte’s campaign against drug dealers and addicts in the Philippines. Although, as one of the police officers in the film says to a suspect he is talking to, as far as President Duterte is concerned any addict is a dealer. The film begins with a speech from Duterte where he compares himself to Hitler. Except he’s dealing with drug addicts not Jews. If he must kill 3 million of them then that’s what he’ll do. A Final Solution.

Duterte is another example of the present decade’s poisonous desire to find strong men with simple solutions to complicated problems. He’s another Trump. Another Boris. But in a country where the Police can murder 3,000 people in the name of the ‘war on drugs’ without anyone appearing to be that bothered.

His opponents point out that this isn’t a ‘war on drugs’. It is a war on the poor. There doesn’t appear to be much in the way of justice in what is going on. Just extra-judicial murder. A gang of trigger-happy policemen who know the authorities will look the other way. I’ve watched a lot of documentaries recently that show the dangers of the state having lists. Whether those lists be of trouble-making Trade Unionists or alleged drug users and dealers. An Excel spreadsheet in the hand of a policeman with a gun and the willingness of the state to support him regardless of what he does is not democracy. It’s gangsterism.

This film, directed by Oliver Sarbil and James Jones, has the cinematic look of a Hollywood crime movie. The police have that look about them but when they walk down a street you can sense the real air of fear that the ordinary people have of them. Some people – like Priti Patel – think fear is the primary thing people should feel about the police, especially criminals. I’m not sure that does anything but increase the risk of violent responses. If you know the police have carte blanche to kill you then you’re not going to hesitate to start shooting if things look bad. 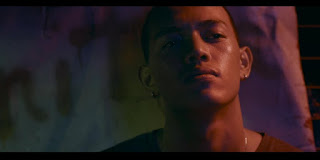 The start of the film focuses on 2017 when Duterte has, in response to criticism, tried to reign in his extra-judicia final solution to the Filipino drug problem. The troubled area of Caloocan has seen the appointment of a senior Police Office, Modequillo, to reintroduce some discipline into his gun happy police force. There is talk of winning hearts and minds. There are scenes of policemen talking to drug addicts in a way that is supposed to be light-hearted but just comes across as sinister. Modequillo’s approach is bought down by his failure to find a solution to several murders in Caloocan that it is claimed were committed by the police but haven’t found a solution. One of which is the murder of Alex’s Dad, who was a taxi driver. There’s footage of his murder. The investigation is ongoing. A police death squad is the likely suspects, but one doesn’t hold out much hope that anyone will face trial for that murder.

By the end of the film Duterte is unrepentantly ramping up his murderous campaign once again and who knows where it will end. Duterte acts like a gangster. He talks like a thug. This film is a total indictment of his approach but, as the Funeral Director who crops up several times in this film, like one of those Funeral Directors in Westerns, says: “Business is good.”

If you want to watch a documentary that’s going to open your eyes to what is going on in a country that we hear little about in the UK, then this is for you. Find out how the Little Hitler of the Philippines is pursuing his final solution against the problem of drug addiction and crime applying the logic of extermination. After all, if you kill everyone the problem goes away.

Recommended, but now I need to watch something to make me happy again.

Book tickets for On the President's Orders at Raindance here