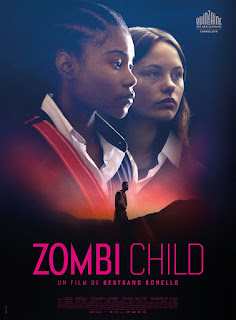 Horror films set in girls’ schools are a staple of that genre, but with his second feature, Zombi Child, French director Bertrand Bonello creates not a horror film as such, but one which interweaves life in an elite girls’ boarding school in contemporary Paris with history, folklore and the religion of voodoo in the Haiti of 1962.

Zombi Child features two stories set in two different countries in two time periods, which unfold simultaneously. In Haiti, we have Clairvius Narcisse (Mackenson Bijou), a real Haitian man who supposedly ‘died’ in 1962, underwent illicit ‘zombification’ and then reappeared in 1980 and re-joined his family, apparently in perfect health.

The most likely catalyst used in Clairvius’s ‘death’ and ‘zombification’ was tetrodotoxin, a paralyzing venom found in pufferfish and incorporated into voodoo rituals. In the film Clairvius as a young man is a victim of foul play. He appears to die suddenly under mysterious circumstances and, as in all hot countries, is quickly buried.

He is then disinterred by traffickers who maintain him in a drug-induced ‘zombie’ state, so that he can be used as a mindless slave, forced to work, day and night, hacking at the crops of sugarcane in the country’s plantations. 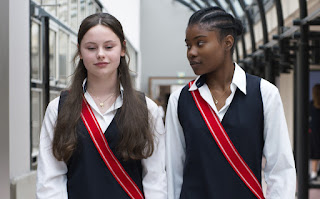 The film then transfers to contemporary Paris and enters an exclusive school for female students related to recipients of the prestigious Légion d'honneur, established by Napoleon in 1802 - the highest order of merit in France.

A student called Fanny (Louise Labèque) befriends new girl Mélissa (Wislanda Louimat), a Haitian whose parents died in the 2010 earthquake. They are initially drawn together because of a mutual love of music, Stephen King and horror fiction. As they become closer, Fanny urges Mélissa’s initiation into her small group of friends - Salomé (Adilé David), Adèle (Mathilde Riu), Francina (Ginite Popote), Romy (Ninon François) – who masquerade as a ‘literary sorority’.

Mélissa makes an effort to fit into her new school and country, encouraged by her aunt, the only surviving member of Mélissa’s family after Haiti’s earthquake. Although they now live in France, her aunt Katy (Katiana Milfort), maintains her practices as a ‘mambo,’ – a voodoo priestess.

When the romantic Fanny is suddenly discarded by her long-distance lover Pablo (Sayyid El Alami) with whom she is passionately infatuated, she determines to use voodoo as revenge for her rejection and a remedy for heartbreak.

This sets Fanny on a dangerous path where her ignorance of the forces of Mélissa’s voodoo culture and ancestry leads to a dénouement of psychological horror which culminates in fear and tragedy.

At the same time that Fanny is experiencing her violent encounter with the forces of voodoo in aunt Katy’s house, back at school Mélissa is recounting the saga of her grandfather, Clairvius Narcisse, and her country’s history to the rest of the entranced group of girls. It’s a kind of alternative-history lecture, contrasting how the girls are educated and encouraged to view and relate to their own distinct heritages. 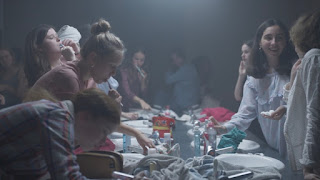 There is an obvious contrast between the lush, untamed, dark Haitian landscape, containing a culture whose members live in the constant presence of death - and the sanitary, white-walled interiors of the classrooms where the girls are taught partisan lessons on world history within a controlled environment in which they are routinely reminded of their privilege.