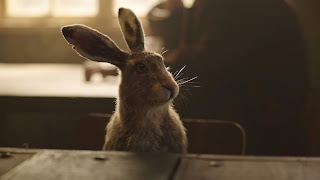 A stellar cast has been named for His Dark Materials daemons and animal characters...

HIS DARK MATERIALS, adapted from Philip Pullman’s award-winning trilogy of the same name, follows Lyra (Dafne Keen), a seemingly ordinary but brave young woman from another world. Her search for a kidnapped friend uncovers a sinister plot involving stolen children and becomes a quest to understand a mysterious phenomenon called Dust.


Lyra lives in Jordan College, Oxford. Placed there at the request of her Uncle, Lord Asriel (James McAvoy) she lives a sheltered life amongst the scholars and college staff while under the watchful protection of The Master (Clarke Peters) and Librarian Scholar Charles (Ian Gelder).

When the glamorous and mesmeric Mrs Coulter (Ruth Wilson) enters Lyra’s life she embarks upon a dangerous journey of discovery from Oxford to London. Here she meets Father Macphail (Will Keen), Lord Boreal (Ariyon Bakare) and journalist Adele Starminster (Georgina Campbell) at a glittering society party where she first hears about the sinister General Oblation Board.

Lyra is subsequently thrown into the nomadic world of the boat dwelling Gyptians - Ma Costa (Anne-Marie Duff), Farder Coram (James Cosmo), John Faa (Lucian Msamati), Raymond Van Geritt (Mat Fraser), Jack Verhoeven (Geoff Bell) and Benjamin de Ruyter (Simon Manyonda) who take her North in her quest. Once in the North she meets charismatic aeronaut and adventurer Lee Scoresby (Lin-Manuel Miranda) who joins them on their epic journey and who becomes one of Lyra’s closest allies.
The drama series also explores a world in which sentient, talking animals are found in two ways: daemons and armoured bears. 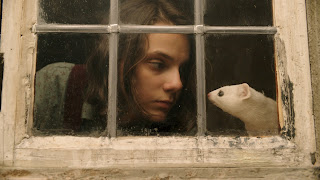 Daemons
Alongside the previously announced cast for the series are some of the world’s finest acting talent - who will voice these animalistic daemon characters within the series. 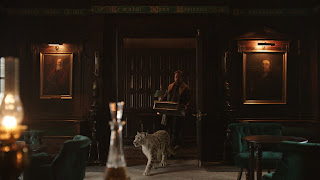 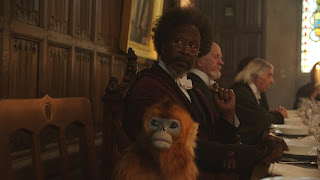 Although Mrs Coulter’s mysterious Golden Monkey doesn’t speak or have a name, his animal noises and vocal characteristics will be created by Brian Fisher (Detective Pikachu), who is also lead puppeteer and CFX coordinator on the series. Puppets were used on set to help the actors form a relationship with their daemon before being created in CGI by Framestore. 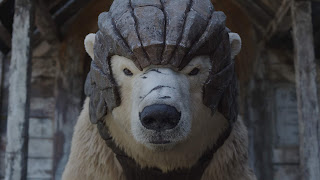 In the frozen wilderness of the North exist a race of armoured bears (or panserbjørne). Both skilled metal workers and fierce warriors, they have their own culture and laws. Notable to the series is Iorek Byrnison, a bear who Lyra meets on her quest who will be voiced by Joe Tandberg (The Innocents).


His Dark Materials is produced by Bad Wolf and New Line Cinema for BBC One and HBO.

Images (from the top) - Hester, voiced by Cristela Alonzo; Dafne Keen as Lyra with Pantalaimo, voiced by Kit Connor; James McAvoy as Lord Asriel with Stelmaria, voiced by Helen McCrory; Clarke Peters as The Master with the Golden Monkey, voiced by Brian Fisher.Iorek Byrnison, voiced by Joe Tandberg; (Credit for all: Courtesy of HBO).
Email ThisBlogThis!Share to TwitterShare to Facebook