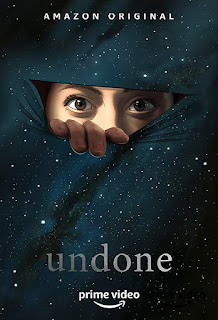 Ever wonder what rotoscoping does? Find out more about how the animation effects were created for the Amazon Original TV series Undone, which premieres on Friday 13th...

Undone is a genre-bending series of 8 half-hour episodes, animated in a similar style to films like A Scanner Darkly, exploring the elastic nature of reality through its central character Alma (Rosa Salazar), a twenty-eight-year-old living in San Antonio, Texas.

After getting into a car accident and nearly dying, Alma finds she has a new relationship to time. She develops this new ability in order to find out the truth about her father’s (Bob Odenkirk) death.